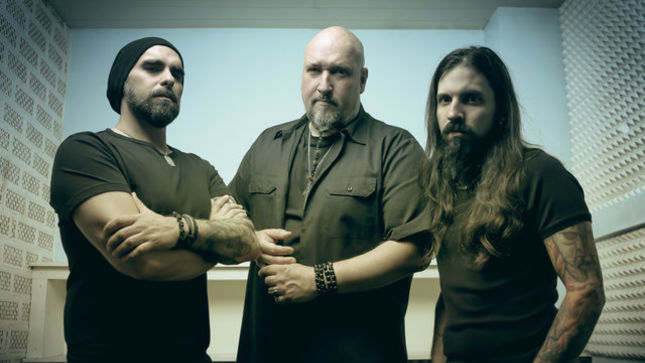 Black In Mind is one of the ultimate must-have records from the German metal band Rage. For the 20th anniversary of this release, the band around singer/bass player Peavy Wagner will play a tour throughout Europe, on which Peavy will introduce his new bandmates Marcos Rodriguez (guitars) and Vassilios Maniatopoulos (drums) live on stage for the first time.

“Rage are back! After the opening show at Metal Hammer Paradise on November 14th at the Ferienpark Weissenhäuser Strand/Germany, we will be back in December with something special. On the Black In Mind Tour we will introduce our new lineup with an exclusive set list," explains band boss Peavy Wagner. 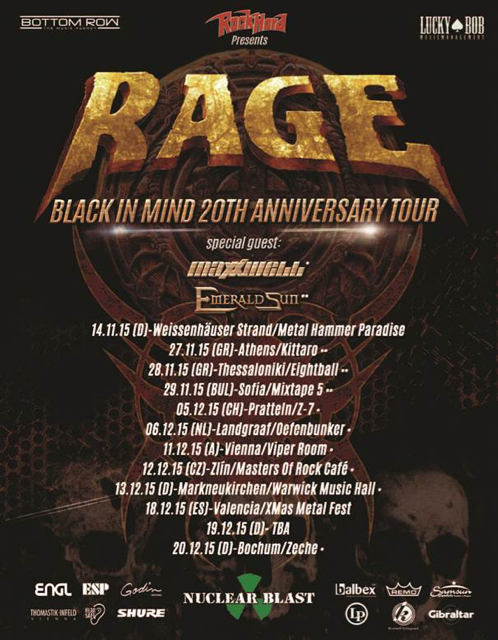 Furthermore, Rage will release a 4-track EP on January 22nd – right in time for the start of their tour with Helloween.

"This EP will shorten your waiting time until the release of our new album – the first one since 2012 – which will be in the shops next May…," reveals Peavy.

The My Way EP contains four tracks, two re-recorded from the album Black In Mind, and a brand-new song in English and Spanish versions.