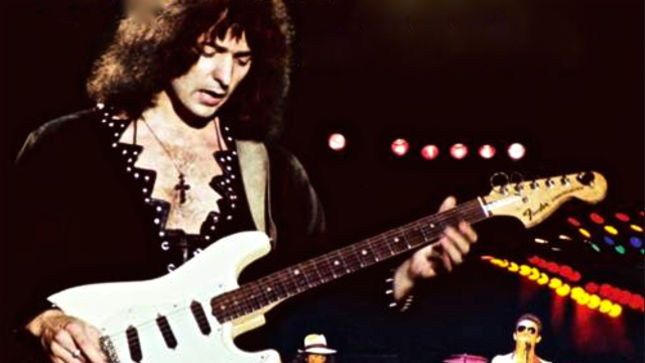 The date was Saturday August 16th,1980. Rainbow took to the stage to headline the first rock festival ever staged at Castle Donington - a concert that would inevitably be the last live show featuring the lineup of Ritchie Blackmore (guitars), Don Airey (keyboards), Graham Bonnet (vocals), Roger Glover (bass) and Cozy Powell (drums).

On April 22nd, Eagle Rock Entertainment will release this very concert, Monsters Of Rock - Live At Donington 1980, as a DVD+CD set and via digital formats. Monsters Of Rock contains all the surviving footage of this concert, and marks the first time that the audio from the show has been available as a full-length standalone CD.

This show was the culmination of Rainbow’s tour in support of the hugely successful 1979 album Down To Earth. Featuring new tracks alongside classics from earlier in their career, the set includes “Since You Been Gone,” “All Night Long,” “Stargazer,” “Long Live Rock ‘n’ Roll,” “Catch The Rainbow,” “Eyes Of The World,” and more. Punctuated with virtuoso solo spots which allow Blackmore, Airey, and Powell to shine, Monsters Of Rock highlights the sheer musical prowess in the band. The show climaxes with Blackmore destroying his guitar and thrusting it into an amp which promptly bursts into flames before fireworks burst overhead, concluding a truly explosive show.

Rainbow is a legendary rock band in every sense of the word, and Monsters Of Rock - Live At Donington 1980 captures an incendiary performance at a significant point in the band’s career. A video for “All Night Long” from the set can be found below.

Rainbow will be back to the stages of rock in 2016. Two shows in Germany are confirmed, taking place at the Monsters Of Rock Festival 2016 on June 18th and Loreley, Freilichtbühneon on June 17th. A UK date has also been confirmed. It will take place on Saturday, June 25th at Genting Arena in Birmingham, England.

Blackmore has revealed his band lineup for these exclusive shows, which will include singer Ronnie Romero, keyboardist Jens Johansson (Stratovarius), drummer David Keith (Blackmore’s Night) and bassist Bob Nouveau. The first official band photo can be viewed below: 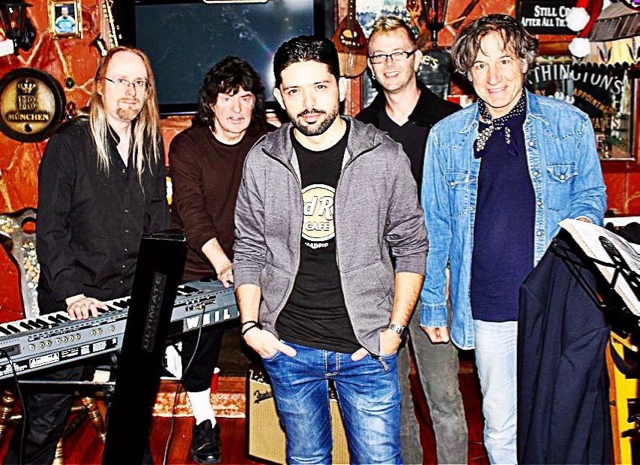 Blackmore recently spoke with Billboard.com about these special shows: