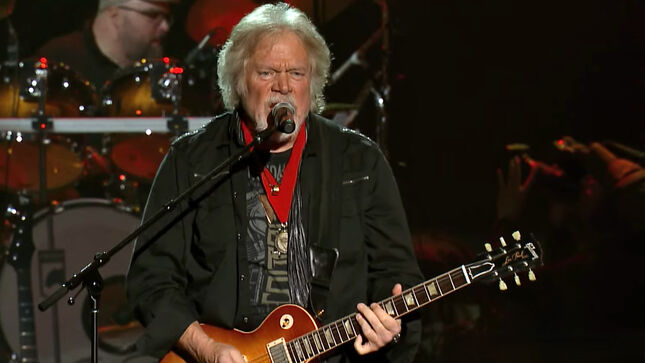 CTV News is reporting that he Canadian embassy in Japan will help repatriate a rock 'n' roll relic stolen from musician Randy Bachman more than four decades ago, as part of a Canada Day ceremony next month.

The guitar was taken from a Toronto hotel room in 1976, when the former Guess Who singer and guitarist was recording his sixth album with Bachman-Turner Overdrive.

The orange 1957 Gretsch was a guitar that rarely left Bachman's side. Its loss triggered a 45-year search and a "midlife crisis" for the Canadian rock icon, who began obsessively collecting Gretsches in an effort to fill the void of its absence.

As CTV News first reported, an online sleuth tracked down the instrument last year in Tokyo, where a Japanese musician known as Takeshi had bought it from a vintage guitar dealer, unaware of its history.

Over a series of video conference calls, Bachman hashed out a deal to get the guitar back from Takeshi in exchange for a near-identical instrument built at the same factory in the same week.

But the COVID-19 pandemic, coupled with Bachman's own health issues earlier this year, put the reunion on hold, preventing the 78-year-old rocker from travelling to Tokyo to collect on the agreement.

That will change on June 16, when Bachman and his family are scheduled to fly from British Columbia to Tokyo ahead of a July 1 event at the Canadian embassy.

"I don't know what's going to happen to me when he hands me my guitar after almost 50 years of it being gone," Bachman tells CTV News. "I'm sure I'm going to be on my knees and in tears."

Read more at CTV News, and watch a video report below: