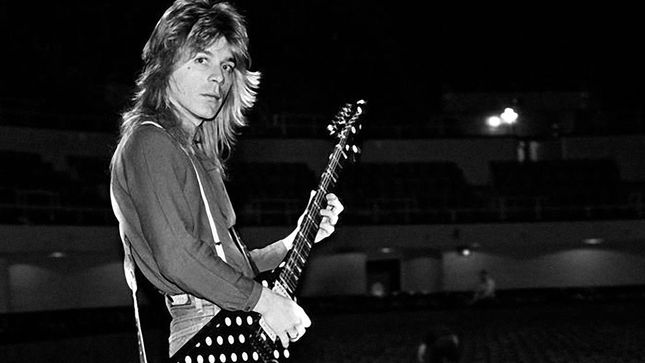 Earlier this month, it was reported that gear belonging to late guitar legend Randy Rhoads was stolen from the Musonia School Of Music in North Hollywood, CA, which was founded over 70 years ago by Rhoads' mother, Delores.

Jimmy Kay from Canada's The Metal Voice spoke with Kelle Rhoads, brother of Randy and Director of the Musonia School Of Music about the recent robbery. Listen to the interview below.

"This would have occurred somewhere after Thanksgiving and before the next morning, so in the middle of the night on the 28th of November 2019, says Kelle. "We were aware of it on Friday the next day when somebody that works down in the backyard called me and said, 'you've been broken into'. It was devastating. It's bad, the Rhodes family essentially has no more pictures or memories, there's no more memorabilia or pictures or anything about my brother Randy, it's all gone, it's devastating. Also, the cabinetry of the school was vandalized, if anybody has been here they'll recognize we had beautiful wood cabinets and the ones in the grand salon had glass in them - well these people didn't break any glass but they took a crowbar and a chisel to the wooden cabinets and just completely disfigured the drawers, it's sickening to even think about it."