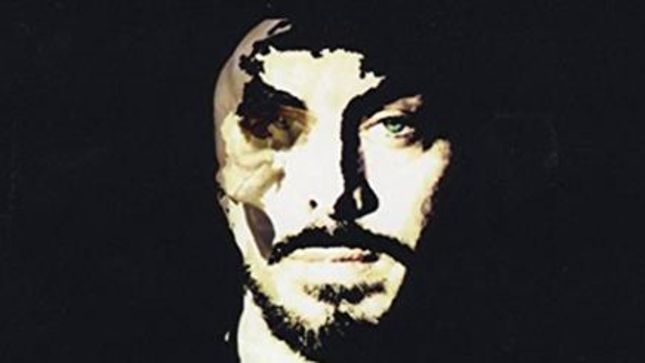 On January 8th, Richie Kotzen will release his new album, Cannibals, digitally via Headroom Inc. The tracklisting, cover art, and an Amazon pre-order widget can be found below.

Song samples can be heard at this location.

“You” was co-written by Richie's daughter, August, who appears in the video below. He explains, “It must have been four years ago and my daughter, who is now 17, was constantly playing this piece of music on the piano. I finally asked her what it was and she said she just made it up. I set up the microphones and recorded her playing for about seven minutes. Years later, I found this on my hard drive and decided to write lyrics to it over this past summer. The end result is what you see and hear in the video. It is one of my favorite things I’ve done and I’m happy to have been able to collaborate on music with my daughter.”

Speaking exclusively to BraveWords, Kotzen discusses this tender tune. "It’s not the lead track per say, but it’s a song that I wrote with my daughter which is a really cool piece. She wrote the music to this song when she was roughly 14 or 15. She would sit at the piano and just play this piece. I asked her, what is that you’re always playing? She said, ‘I don’t know, it’s something I wrote.’ So I set up the mics and recorded it ‘cause I really liked it. It lived on my hard drive for a few years. When I make a new record, I always go back and look at my old ideas. I discovered this and decided to write some lyrics for it. I’m excited that it came together and it’s going to be on the record; I think it’s a really cool recording."

“Cannibals” made its debut during his recent three-month solo tour, which started in Europe, taking him through Mexico, Brazil, Argentina, Columbia, and Chile, and concluding with a month-long trek of the US. “I did something I’ve never done before on this tour,” Richie explains, “which is performing an original composition that has yet to be released. The only place you could hear the song "Cannibals" was at the show, and it went over quite well with the fans. Rather than wait to release the song as part of the new album next year, I figured it would be cool to share the studio version now while it’s fresh in the people’s minds who attended my shows. I was able to collect live footage that was shot during the tour and compile a live video to go along with the song.”