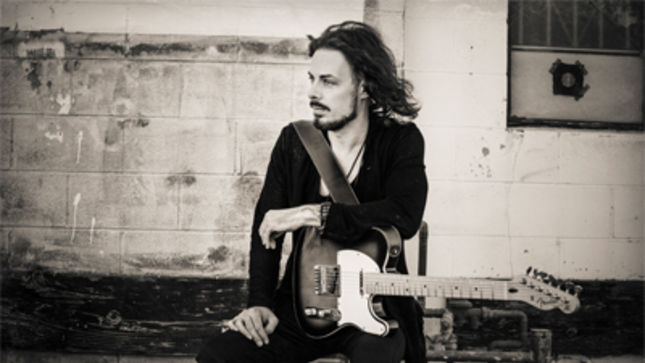 Q: After the release of your ‘Mother Head’s Family Reunion’ album and touring cycle, it was reported that you were joining Ozzy Osbourne’s band due to departure of Zakk Wylde. Is there any truth to that and did you ever audition or rehearse with Ozzy?

Q: You pick things up when you follow an artist like I’ve followed you for twenty plus years!

A: "Wow! Not many people know that story. I can tell you that story. It is pretty funny because back then….I’m trying to remember what was going on. Ok, that was like in 1995, it must have been. I had just lost my deal with Geffen because my A&R; guy had moved over to Sony. I had got out of that contract and at that time I was talking about signing with RCA. In that period, I remember that I got a phone call from my manager. The way it was presented to me was that they had called and wanted to meet with me. Sharon wanted to meet me and they needed a guitar player. At the time, they had done a lot of work with Steve Vai & for whatever reason, it didn’t pan out. Zakk wasn’t involved at that point.

So, they flew me to New York. I remember, I was so sick. I had to actually get to my gate in a wheelchair. I couldn’t walk. I had some kind of food poisoning. It was a nightmare! I remember I got to the gate in a wheelchair which is really weird for me because I am one of those people who would never go to the doctor. I’m one of those guys who would just tough it out. I was really sick but I knew I had to get to New York. So I got to New York, I was fine by the time I landed.

I went to Ozzy’s hotel room to meet him. He played a joke on me and I didn’t even realize what he was doing. He had this like, um, you know when you have a tooth pulled? I can’t think of the word for it but it was like this syringe thing that sprays water or alcohol. He was trying to make me think that he was about to shoot heroin. He was going through all these crazy motions & it was just me and him in this hotel room. For whatever reason, it wasn’t registering what he was doing. I wasn’t even paying attention and finally he got frustrated that I wasn’t seeing that he was trying to play a joke on me. That became a whole other funny moment. But we sat in his room and we watched ‘Dumb & Dumber’.  Me & Ozzy watched the movie ‘Dumb & Dumber’ together. (Laughs)..For some reason I think there was two trips. On that trip, it was like this casual thing. I sat in this hotel’s downstairs restaurant with Sharon. She basically told me what was going to happen. She told me what they were going to pay me, they told me I could sell my own t-shirts at the gig, all this stuff. It was like “Wow! I am going to play guitar for Ozzy!”

So, there is another point where I played with him as well but I don’t know if it was the same trip. For some reason, in my mind, there is a huge gap. At one point I played with him at one point. Geezer Butler was the bass player & Deen Castronovo was playing drums. It was in New York.   What happened, I came back and told someone that I was going to be Ozzy’s guitar player. They had already negotiated the deal with my manager and everything. Back then AOL was really popular. Everything was going on in these chat rooms where you had people in there gossiping. I made the mistake of telling someone I was going to do this. They went and put it in one of these AOL chat rooms that “Richie Kotzen, ex-Poison guitar player is going to play with Ozzy!” And people went fucking crazy! And they said “That’s fucking bullshit, a guy from Poison is going to be in Ozzy’s band?” These were people who didn’t even know my name & they had no idea who I was but because this person wrote “Poison” there was this huge blow back on the AOL thread.

I remember seeing it & I was so fucking pissed. I said “Why the fuck would you go and fucking make this public? I told you this as a friend and now you are fucking blabbing it on the internet!” So, the whole deal, everything, went dead. Literally, I can only assume that is the only reason. They had, my manager had negotiated the deal, everything was agreed upon. You know, it was all good. The minute it got out they quit responding, we got nothing from them. I had been sending them riffs, recording song ideas but after that happened, it went totally dead. What they actually did, I think Zakk ended up going back and making the record."

Read the full interview at this location.

The Essential Richie Kotzen, a career retrospective collection is set for release September 2nd on Loud & Proud Records. It encompasses this iconic talent’s entire career of his most essential work and includes two CDs of classic material, acoustic performances, bootleg material and two brand new songs (“War Paint” and “Walk With Me”), as well as a DVD of music videos, acoustic performances and bootleg material.

Kotzen personally curated The Essential Richie Kotzen from his 18 solo albums in order to give listeners the most comprehensive, cohesive and concise introduction to his extensive body of work. “I’ve really changed and grown as an artist and as a person,” he says. “I hand-selected songs so newcomers can get into my music and learn who I am as a recording artist.”

He explains, “It was a challenge to make a studio recording sound like a live band with only one musician playing all the instruments. I think I accomplished that on this track.” At the same time, “Walk With Me” sees Kotzen evolving once more and incorporating a Theremin, an antique electronic instrument, into an emotive and engaging anthem. “There was a specific sound I was hearing in the song,” he reveals. “I realized it was a Theremin, so I bought one. I spent a couple of weeks learning it. I used that where the lead guitar would normally go. It was a really rewarding departure for me.”

With his guitar styles ranging from rock, blues, jazz and fusion to pop and soul, Richie Kotzen has built a remarkably diverse 20 year career as a guitarist, singer and songwriter. During that span, Kotzen toured with his trio extensively outside the United States, building a loyal fan base and selling out shows throughout Europe, Latin America, and Japan. In 1996, Fender guitars honored him with not one, but two signature model guitars. His signature model Telecaster is available worldwide and continues to be a top seller for the brand. In 2006, Kotzen received one of his biggest personal honors when The Rolling Stones chose him to open up a string of Japanese shows placing him in front of some of his biggest crowds to date. He has not only built an incredibly successful solo career, but has also found himself writing, recording and playing live with a variety of different artists, including Jazz legends Stanley Clarke and Lenny White. He currently plays guitar and fronts the band The Winery Dogs with bassist Billy Sheehan and drummer Mike Portnoy (the band’s self-titled debut album debuted at #27 on the Billboard Top 200 Albums chart).

With his 20th full-length solo album on the horizon for 2015 as well as countless gigs, Richie Kotzen’s legacy is only continuing to expand.

“When you perform, record or write, you go to a different place,” he concludes. “It’s another world. I love hearing people react to the music and lyrics. That’s the ultimate reward.”

Here’s the complete tracklisting of The Essential Richie Kotzen:

"Paint It On" (Acoustic Version)

"Until You Suffer Some (Fire And Ice)" (Acoustic Version