RICHIE SAMBORA On His Relationship With JON BON JOVI - "If I Had A Coffee Place, The Sign Would Say 'Have A Hot Steaming Cup Of Shut The _ Up'"; Full Interview With NILE RODGERS To Air This Saturday 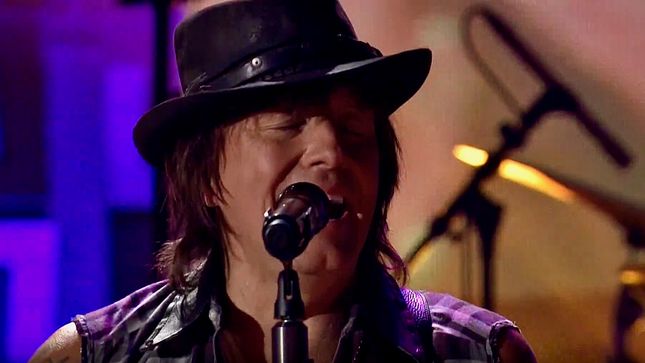 This weekend on Deep Hidden Meaning Radio with Nile Rodgers on Apple Music 1, Richie Sambora joins Nile to share the stories behind some of Bon Jovi's most iconic songs. During the interview he discusses winning the Apple Music Special International Award at the Ivors, writing hits like "You Give Love A Bad Name", "Livin' On A Prayer" and "Bad Medicine", reflects on his relationship with Jon Bon Jovi, shares his continuing admiration for Cher, and more.

In the following excerpt, Sambora tells Nile Rodgers about his relationship with Jon Bon Jovi...

Richie Sambora: "And all the writing."

Rodgers: "And all the writing, that's true."

Sambora: "Exactly. That was part of my deal, to shut the - up. If I had a coffee place, the sign would say, "Have a hot steaming cup of shut the - up." That would be my coffee place. And you know what? Guess what?"

Sambora: "I did it. And it worked out because that's what he needed for whatever reason. And I was working with him and if he needed that kind of thing."

Tune in and listen to the conversation in full for free this Saturday (November 13) at 8 AM, PST / 11 AM, EST / 4 PM, GMT, or listen back on demand with an Apple Music subscription: apple.co/_DHMRadio.