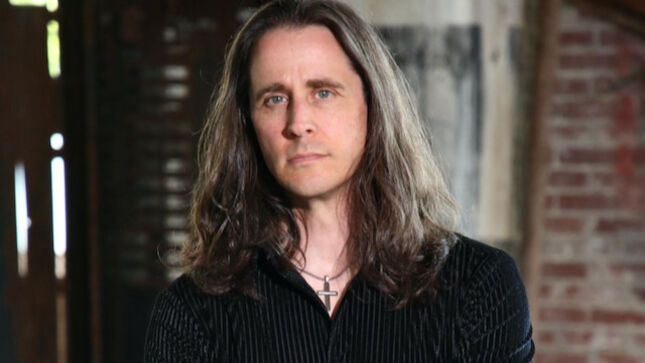 On the classic rock vibes on his new album Sonic Healing

Hall: "I call the album 'classic rock' inspired. That’s what we were shooting for. I felt like we hit the nail on the head. It’s a type of music I really love and grew up on. I had done about seven metal albums in a row, and I love that kind of music... but I was kinda in the mood for something different. Some people were expecting a heavy metal album, but I already am in Riot. I didn’t see a need to do a Riot album without the rest of the guys."

On how Joey DeMaio from Manowar gave him his start

Hall: "I saw an ad in 2004 that Jack Starr’s Burning Starr was looking for a singer and the album was going to be on Magic Circle Records - run by Manowar’s Joey DeMaio. They already had settled on a singer from an Iron Maiden Tribute (Scott Oliva, now in Reverence). Joey heard my CD and liked it and he isn’t a fan of Iron Maiden, so maybe that’s why he wasn’t satisfied with the vocalist they had. I had a conference call with Joey. It was mindblowing because I was such a fan of Manowar. So he invited me out to his studio. I asked if there was anyway I could meet Eric Adams (Manowar vocalist) when I was out there because I was such a huge fan. So here I am in the sound booth singing the songs and Eric Adams is on the other side looking at me while I was singing. It was crazy! In a way, Joey gave me my start because he picked me to be in Burning Starr."

Hall: "I work out, I take care of myself. I don’t smoke or do drugs. Maybe I’ll have a beer after the shows, but that’s about it. In Riot, I’ve done the most shows I ever have- like 100 shows with those guys, so I feel like my voice is in the best place it’s ever been. I have a full time job, I run a manufacturing company. Some people thought it wasn’t fair that I was on The Voice, but they don’t say you have to be an amateur. Look, I don’t really make any money and we don’t play out that much. I don’t know if I could go to the next level. It could mean I was gone for 3 months of the year. There’s just isn’t a lot of money in music anymore, so it would be hard to justify. Right now, I take it off like it’s vacation time. If I were to be gone for 3 months straight, my wife would have to be tolerant and it would be very problematic at work. It ends up being a passion project, you do it because you love it."

Being on The Voice

Hall: "I’m glad I did it. It was fun and I don’t have a big head about it. To be on the show you have to check some boxes, and I checked the boxes. I’m kinda old, I’m fit, and I don’t look that old....and I’m a rocker and they don’t have a lot of rockers. There’s a lot people who watch the show in my age range. For them, they think a rocker being on is cool. It was fascinating that I made it through the process. It’s not a reality show where they try and make you look bad, their goal is to make you look good. When I got to the blind audition and I was able to do 'Juke Box Hero'...hitting all those high notes at the end on national TV....part of me was like, well that’s all I needed."

Written as the world shut down during the recent pandemic, Todd connected with Metal Church guitarist Kurdt Vanderhoof to write the tracks that would become Sonic Healing. The results of those sessions are the foundation for the album that was released on May 7 via Rat Pak Records.

Vanderhoof also produced the album that is now available for pre-order here.

“Music has a healing effect to get you up and running,” he explains. “People use it to console themselves on a daily basis. It’s such a weird time right now. So, Sonic Healing is meant to be good positive rock. We definitely paid homage to our favorite bands, but we added a new twist. There’s a hunger for this music, and there aren’t many artists trying to scratch the itch. We’re here to scratch the itch and bring the energy.”

From the infectious guitar riffs of the opening track “Overdrive”, to the anthemic album finale of ”Long Lost Rock & Rollers,” Todd showcases his vocal range and passion for rock music. Songs like “Let Loose Tonight,” “Running After You” and “Like No Other” are testaments to the magic that was created when Todd and Kurdt began to focus on their deep love of classic rock icons like Boston, Rush, Styx, Foreigner and REO Speedwagon. Todd’s multi-octave voice and Kurdt’s riff writing capabilities create memorable songs that are reminiscent of the artists that inspired them to pursue a career in music. With thought provoking lyrics and rock solid guitar riffs, Sonic Healing delivers all the power and punch that one would expect from these high-level players.

An EPK showing Todd and Kurdt discussing their approach to Sonic Healing can be seen below. 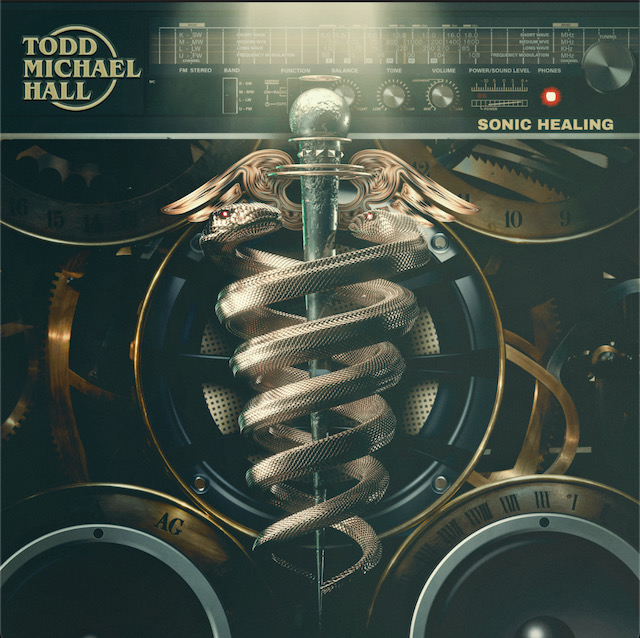 Of all the antidotes, therapies, and remedies, nothing cures quite like rock ‘n’ roll does. Todd Michael Hall projects this restorative power in his music. Whether fronting Riot V, appearing in front of millions on NBC’s The Voice, or recording as a solo artist, the Michigan-born singer and songwriter uplifts audiences with towering range and knockout delivery. He exudes this energy on his 2021 full-length debut for Rat Pak Records - the aptly titled Sonic Healing.