ROB HALFORD Says His Sexual Identity Could Have Ended JUDAS PRIEST In The 80s, "Which I Always Think Is Ironic Because A Lot Of Guys In Bands Were Looking Like Drag Queens"

Judas Priest frontman, Rob Halford, is featured in a new interview with Dallas Morning News, in which he discusses being a heavy metal pioneer, coming out, the band's Rock And Roll Hall Of Fame induction, and more. An excerpt follows:

Q: The “Gay 90s” were a pivotal era for LGBTQ rights, but not so much in heavy metal, which has always been rife with homophobia. How did you get the courage to come out as gay in an MTV interview in 1998?

Rob Halford: "It was tough, because I was always about pleasing other people. I didn’t want to make a fuss.

"My sexual identity could have been the end of the band in the ‘80s, because as you point out, the climate at the time was all 'Girls, Girls, Girls' and Mötley Crüe or whatever, which I always think is ironic because a lot of guys in bands were looking like drag queens.

"It took my sobriety to bring me to a place where I wanted to step forward and say, 'Enough is enough … I’ve got to stop pretending, because I’m doing too much mental damage to myself.' When I did that, it was such a relief.

"For anybody that’s dealing with that life-changing decision, I say, 'Just do it.' Just do it for yourself, because you’ll find out who really loves you and who accepts you with no boundaries."

Judas Priest received the "Musical Excellence" award at the 2022 Rock And Roll Hall Of Fame induction ceremony, held on November 5 at the Microsoft Theater in Los Angeles, CA. The event aired on HBO on Saturday, November 19.

HQ video of Alice Cooper's induction speech, Judas Priest's performance, and the band members' acceptance speeches, can be viewed below: 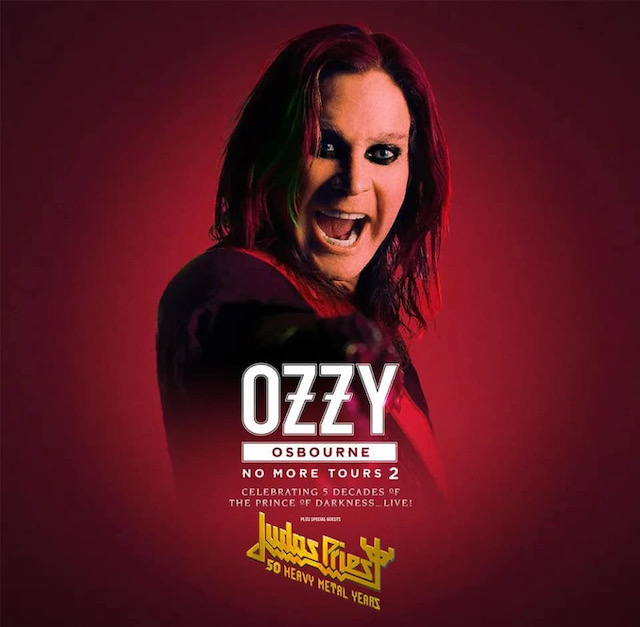