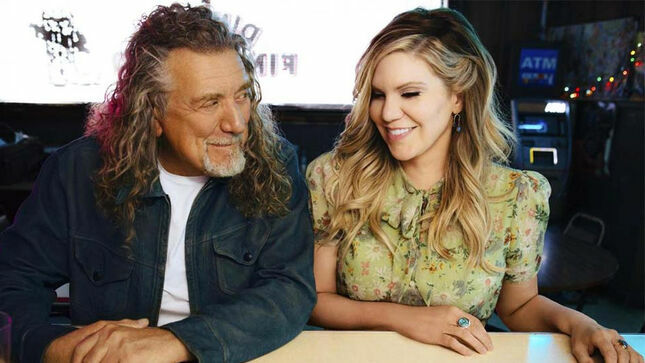 A new Crossroads episode featuring Plant and Krauss debuts November 28 at 8 pm CST on the cable network. The performance re-airs November 28 at 9:30 pm CST and December 4 at 10 am CST.

Plant and Krauss play Crossroads in support of Raise The Roof, a 2021 sophomore album from the unlikely pair released 14 years after they stormed award shows and concert halls with their 2007 debut effort, Raising Sand. Cuts included in the pre-taped performance include Plant-Krauss original "High And Lonesome" and a cover of Everly Brothers' "Gone Gone Gone", as well as renditions of Led Zeppelin staples "Rock And Roll" and "When The Levee Breaks".

"Since its debut in 2002, CMT Crossroads has been instrumental in breaking down perceived barriers between genres and carving out a place in television history,” said a statement from Margaret Comeaux, senior vice president of production, music and events at CMT. “What better way to celebrate 20 years of incredible musical pairings than to reunite the beloved duo of Robert Plant and Alison Krauss."