The EP will be limited to 4,700 copies in the US, according to the official Record Store Day US website. No quantity information has been released for the UK.

From the Record Store Day UK website: "This is the first time, in over thirty years, that this title has ever been released as a 12″ EP on coloured vinyl. An iconic release from an iconic artist. This was originally released on DVD and a 2CD set which features performances from one of the most legendary concerts ever staged in Britain and each sale raises money for Nordoff-Robbins Music Therapy." 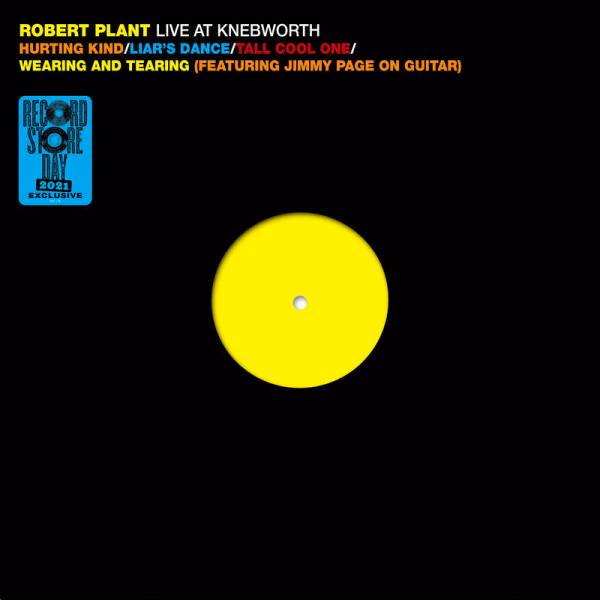 The EP tracklist is as follows:

Wolverhampton Grand Theatre is set to entertain once more with the launch an exciting new vodcast. In a time when audiences aren’t able to visit in person, this new digital programme will bring together Wolverhampton Wanderers FC players and some of the finest talents from the city of Wolverhampton and beyond in a brand new video-podcast. All proceeds from online ticket sales will go directly to the theatre’s charity.

The series is filmed against the backdrop of The Grand Theatre’s beautiful auditorium that has sadly stood empty for the last twelve months. Guests include Led Zeppelin’s Robert Plant and Wolves legends, “King” John Richards, Don Goodman, Steve Froggatt, favourites from the Sherpa Van Tournament and more names still to be announced. 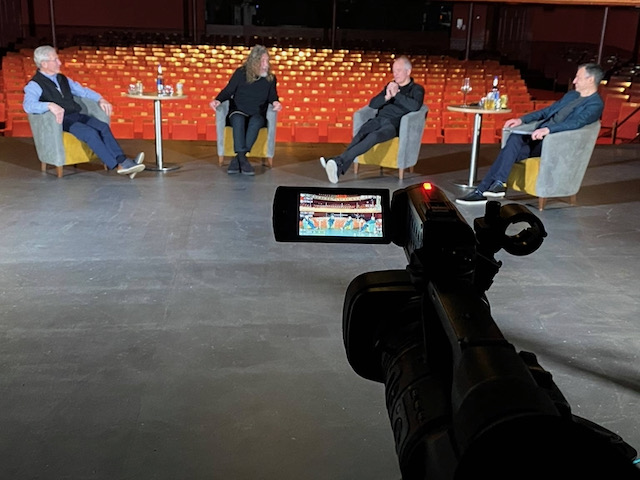 Robert Plant CBE said, “Wolverhampton is a very special place to me, a lifelong love affair with Wolves began when I was five years old. It was a life changing moment that has sent me down this path, always in the musical whirl, thanks to a night at the Gaumont in 1963, where Bo Diddley and Little Richard came into my life. I love the close and dedicated work in the world of theatre, and I am happy to support this series that the Grand are producing as a fundraiser for their charity. Sitting on stage with these guys, who were and remain such an inspiration to me is an unexpected treat in these strange times – talking about my team is the best night out I have had this year (laughs).”

Steve Bull has raised over £40,000 for the Grand Theatre over the last ten years and has been a Grand Theatre Ambassador since 2018. He said, “Like Molineux, The Grand is an iconic part of the City and it is so important that we support it. I am very grateful to all my friends and former colleagues who have taken part, we have laughed so much whilst reminiscing during filming, I know the fans will love it too."

The first episode of Bully And Johnny’s Grand Wolves Show will be released in April with an exact date to be confirmed.

Nathan Brine, Associate Director – Creative & Production at the Grand Theatre said, “It has been hugely exciting to be able to welcome Steve, Johnny and their guests safely to the Grand Theatre to record the vodcast. The Grand’s stage has been empty for a year and our dedicated audiences will have undoubtedly missed attending. Whilst we continue to work towards reopening to the public, we’re delighted to be able to offer something that I know will wet the appetite of our theatregoing community, and the Wolverhampton Wanderers supporters as we continue to announce guests from the world of sport and entertainment throughout the year.”

The vodcast series has been funded thanks to The Cultural Recovery Fund awarded by Arts Council England and the DCMS. All proceeds will be donated to the Grand Theatre Charity which provides vital Arts services for Wolverhampton and the surrounding areas. This includes the theatre’s work with patrons living with dementia, disabilities, education, and local history.