ROBERT PLANT On LED ZEPPELIN Classic "When The Levee Breaks" - "It’s Just A Really Great Drum Sound, And The Coolest Sexy Groove Played By A Wild Man Who Was My Brother" 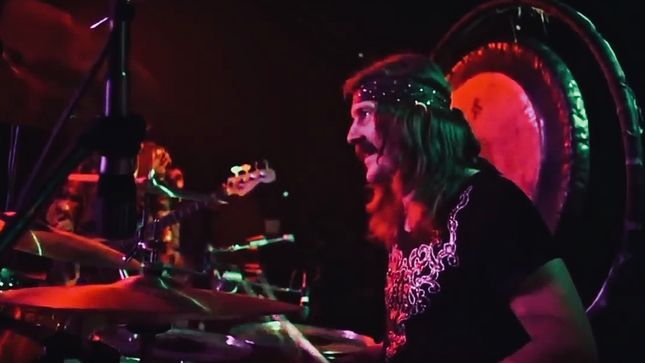 Robert Plant and Alison Krauss have released their first new album in fourteen years, Raise The Roof, out now via Rounder Records. In a new interview with Time, the pair answered the phone from Nashville to talk about genre boundaries, Led Zeppelin joining TikTok, and the enduring impact of “When The Levee Breaks”. An excerpt follows:

Time: The Led Zeppelin classic “When the Levee Breaks” was part of your setlists when you were on the road together. John Bonham’s intro drum break has been sampled in hip hop many times, including by the Beastie Boys, Beyoncé and Dr. Dre. What do you think of the way it’s traveled and its cultural impact?

Robert Plant: "It ain’t cultural impact, for god’s sake. It’s just a really great drum sound, and the coolest sexy groove played by a wild man who was my brother. And it just happened to be recorded with such skill and magnificence, with about three microphones in a hallway in an old converted workhouse in Hampshire. That Headley Grange drum sound is the killer. Nobody could do it like Bonzo could do it. He was just extraordinary. Whether he was driving through a hedge in his mother’s car with me sitting next to him, accidentally missing the turn, or whatever it was, we were kids who grew up and found some new shapes."

Read the full interview at Time.com.