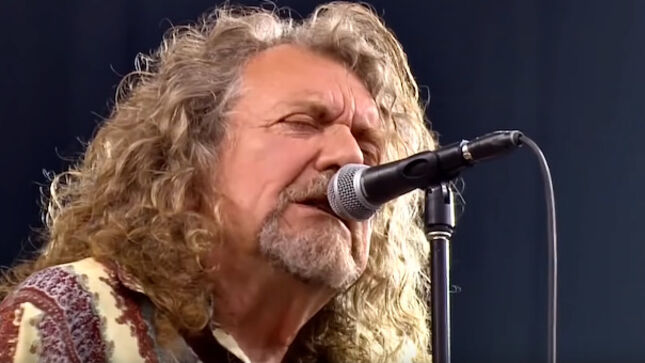 Led Zeppelin News is reporting that Robert Plant is recording an album with his band, Saving Grace, according to a number of hints and on-stage comments from Plant.

The latest clue that a Saving Grace album is on the way comes after the band’s drummer, Oli Jefferson, was referred to by a sponsor as playing live and also recording with the band.

“Oli has developed a sound that is recognizable and has led him to taking the seat as the live/recording drummer in Robert Plant’s latest project Saving Grace ft. Suzi Dian. Whilst this is Oli’s primary focus, he keeps busy independently gigging and recording with Suzi Dian and Liquid Cheeks and is currently the live drummer for Blue Nation and a number of other artists,” the post read in part.

The key part of the post is “live/recording drummer”. So far, Saving Grace are not known to have recorded any music and instead have been playing live shows together since the band’s formation in 2019.

Saving Grace most recently toured the UK together in April and early May before Plant flew to the US in preparation for his world tour with Alison Krauss that begins on June 1.

Plant reportedly mentioned on stage during this tour in April that he has been recording an album with Saving Grace, although LedZepNews has been unable to confirm his on-stage comments.

“When I saw Saving Grace in York on Easter Saturday Robert mentioned in passing about being in Steve Winwood’s studio with the band. It’s in the Cotswolds so not too far from his own Midlands home,” wrote John in the comments of this article.

So has this drumstick brand accidentally let slip that Plant has been recording an album with Saving Grace? It’s certainly possible based on what we already know about the band’s future.