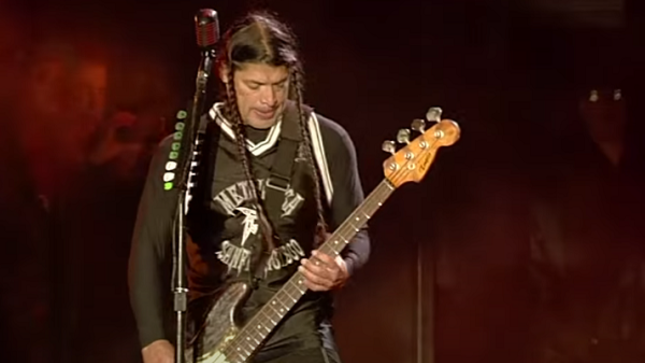 Metallica bassist Robert Trujillo recently guested on MMA Junkie. He spoke with Mike Bohn about the band's performance at the Triller Triad Combat event, his love of MMA and UFC, and he answered fan questions.

On his favourite Metallica deep cut to perform live

Trujillo: "My favorite deep cut with Metallica is, by far, 'The Frayed Ends Of Sanity' (from ... And Justice for All) That is a song I think we've played twice, maybe - not more than three times. We did play it a couple of times on tour, but it is a rarity. That song is probably the craziest of the Metallica archive or catalogue. What I like about that particular song is that it has all the ingredients that I like about Metallica. It has the power grooves, the stuff that makes you headbang, but at the same time, it gets crazy in the middle section. It feels progressive like that, and that's what I actually like about it because there's something that's loose and reckless, but at the same time it's tight, so it has to be a conceived body of music in that section.

'The Frayed Ends Of Sanity,' that would be my deep-cut choice. I don't know if we will play that one again, but I hope so. That's the one for me right there."