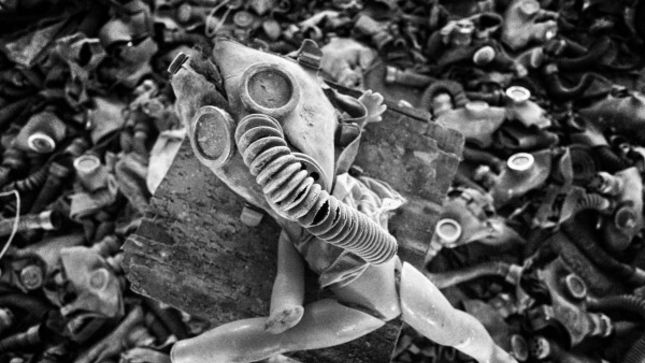 Australia-born and Germany-based photographer Heiko Roith, who is known in metal/rock circles for his work with Rock Meets Classic, Tarja Turunen, Sinner, Doro and many others via Rock & Royalty has changed gears and launched a new project dubbed Chernobyl30. It commemorates 30 years since the Chernobyl nuclear disaster. Following is the official press release:

On April 26th 1986, Anatoli Stepanowitsch Djatlow made the decision to simulate a total blackout in Block 4 of the Chernobyl nuclear power plant. Because of serious infringements of safety regulations in force and the construction related characteristics of the reactor there was an uncontrollable increase in power, which ultimately led to the explosion of the reactor. The ensuing nuclear fallout resulted in large parts of the Ukraine, Belarus, Russia and 200,000 square kilometers of Europe being contaminated by radioactivity. The Chernobyl disaster has been dubbed the worst nuclear power plant accident in history in terms of cost and casualties.

Still today, some families live in the heavily contaminated Chernobyl areas and in the neighbouring town of Prypjat, and a few are even newly settled. The damaged reactor unit is still covered by a temporary protective shell of reinforced concrete, which should be replaced in 2015 by a more long term solution. The year 2016 marks the 30th anniversary of the Chernobyl disaster – but it will then be erased from our view forever.

A memorial in pictures in order to retain the effects of the GSA (Greatest Supposed Accident) for posterity, an everlasting reminder of the disaster. To familiarise future generations on the topic, there will be a European or possibly even a worldwide travelling exhibition with photographs, which are of astounding beauty and display the horrors often only seen at second glance. A high quality illustrated limited edition book will be published.

Chernobyl30 was initiated by Heiko Roith (Rock & Royalty), a star photographer from Sydney Australia, who leaves the world of the rich and beautiful for this touching work. Whereas usually celebrities such as Alice Cooper, The Hooters, Roger Cicero or Bonnie Tyler are his clients, this project is completely independently. Roith is assisted by Michael Blimmel (management / IT), Robert Mück (tech / photographer’s assistant) as well as Anke Seidel (wilma+friends graphic design) and Claudia Hiergeist (kompetext – press and public relations / marketing).

All in all, there will be three photo shoots on site: summer 2014, fall/winter 2014, spring 2015. Thus, the individual dismantling phases will be documented and the different moods in different seasons will be captured. There are also plans for a live blog as well as a “Making of” featuring the individual steps of production. The team not only provides pictures, but also discloses previously unknown facts and conducts interviews with inhabitants.

Chernobyl30 – including camera team support – is exclusively financed through independent resources and sponsors. Sponsors will receive considerable attention since the production is continuously accompanied by people with professional public relations skills. Press releases will be frequently sent out to approximately 35,000 online and offline media. The mentioning of sponsors will be made on the Chernobyl 30 homepage (with all required sponsor links) including the logo on the official Facebook page, at every exhibition (banner), in the illustrated book, in the accompanying video clip as well as on the production team’s shirts. Furthermore, sponsors have the possibility of presenting the exhibition free of charge at their respective companies’ head offices or suitable premises.

Large companies, institutions and museums as well as famous show business and political personalities have already signalled their readiness to actively support this unusual project. The office of Vitali Klitschko, the mayor of Kiev, welcomes the commitment and intends to participate with a foreword in the illustrated book.

For information on Chernobyl30 go to the official website here and check out the Facebook page. A video trailer for the project can be viewed below: