ROGER DALTREY On The Chance Of THE WHO Recording New Music - "There's No Point In Making Any Music If You Can't Earn A Living Out Of It"; Video 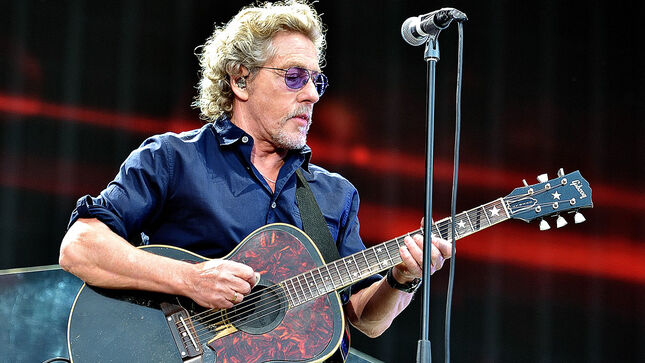 The Who’s Roger Daltrey joins The Coda Collection today for a brand new career spanning conversation. The icon discusses feeling belittled as a singer, why he's “the number one hater of the internet,” drug use in the band and a heated encounter with Keith Moon after flushing amphetamines down the toilet, the band’s performance in NYC following 9/11, why Mick Jagger is the number one rock and roll performer, Jimi Hendrix “stealing” Pete Townshend’s stage act, his current relationship with Townshend & the possibility of The Who releasing new music and much more.

In the following excerpt, Roger discusses his relationship with Pete Townshend and the possibility of making new music together...

The Coda Collection: The movie [Amazing Journey: The Story of The Who] talks a lot about how you and Pete - how the relationship changed over the years, and that especially after John died, it brought the two of you closer together. At least that was Pete's viewpoint. How are you and Pete getting along? I know you just made a new album in 2019.

Roger: "We get along great."

The Coda Collection: Do you see more music coming from The Who in the future?

Roger: "There's no point in making any music if you can't earn a living out of it. For me anyway. You know, what's the point. On the last record, it cost me money to make it. I don't see the point in doing much of that, you know? I'm too working class for that. I've been working since my 15th birthday and to go out and not get paid for a job, I don't mind if it's a charity, but I have a family to feed as well, a lot of grandchildren, a lot of children. So it's tricky. I don't know whether we will ever make any more new music, but I never say never. Let's put it that way. I speak to Pete once a year. I haven't seen him for two years. I miss him, seeing him. Always enjoy seeing him. But we're not that kind of friend. We don't need to be. We know we're there for each other. I've always been a bit of a loner anyway."