ROSS THE BOSS Looks Back On His Departure From MANOWAR - "When A Band Gets Big And The Money Hits, Greed, Avarice And Evil Takes Place" 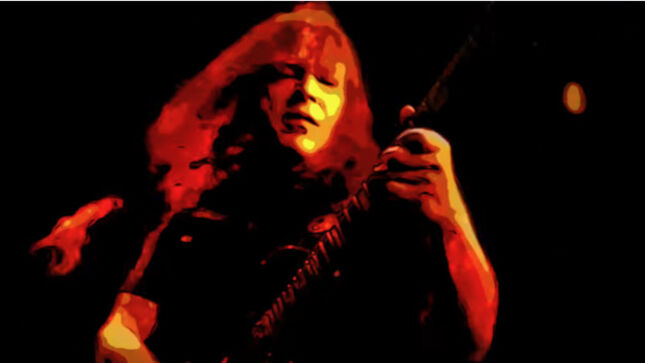 Former Manowar guitarist and current Death Dealer axeman Ross The Boss recently guested on Waste Some Time With Jason Green. During Part 2 of the career-spanning interview, Ross looked back on leaving the band in 1988.

On his departure from Manowar

Ross: "When a band gets big and the money hits, greed, avarice and evil takes place. A guy that I thought was my partner (bassist Joey DeMaio) wasn't, so he wanted me out. When he met me, I had already four major albums; he had done zero. Joey DeMaio was nobody. I had no will to fight him. If I were to fight him, I would have killed him. He's just a fucking pariah; you can't live with that. My heart couldn't take it. I can't take evil. I'm better off now. I really am."

Earlier this year, Death Dealer released a video for the powerful ballad "22 Gone", off of their album Conquered Lands, which was released in November 2020 via Steel Cartel Records. This song deals with the soldier suicide epidemic in the United States and the shocking statistic that on average, 22 service men commit suicide every day.

Singer Sean Peck who penned the lyrics talks about it: “When I was researching the song, I was blown away by this shocking number of tragic losses that happen each day. This video brings attention to it in a very powerful way. Even though it was a ballad, this song was a surprise hit with the critics and our fans so we decided to give it the video treatment. We put it out via YouTube, since we only release a limited amount of content to the streaming services. We are focusing on exclusive music content to our supporters that buy the physical product and only those that bought the record have heard this track.”

Ross The Boss commented on the track calling it, “Without a doubt, the most depressing song in heavy metal history!”

Stu Marshall said, “I feel passionately about our combat agencies and respect the fact these people put their lives on the line every day for our liberties and freedoms. Australian and American troops have stood shoulder to shoulder for decades and this song resonates the sadness of soldier suicide and why we need to support our troops in every way we can. '22 Gone' represents some of Sean's best lyric writing in my opinion.”

Check out the official video:

"The Heretic Has Returned":

“Running With The Wolves” video: