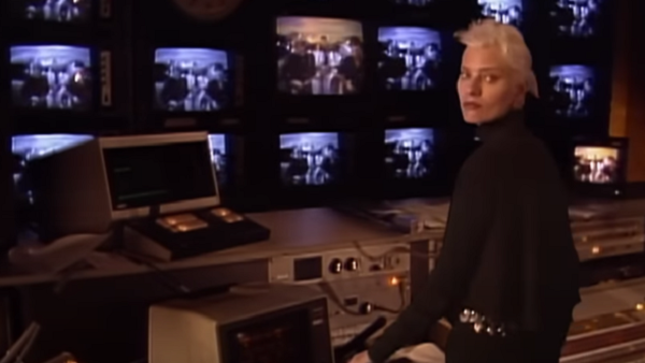 Ultimate Classic Rock has shared a new installment of their Odd Couples series. Check it out below.

UCR: "Rush's 12th studio album, Hold Your Fire, began in bits and pieces. In the fall of 1986, drummer Neil Peart had started writing lyrics in a cottage, bassist Geddy Lee was tinkering with musical compositions using new software on his Macintosh computer and guitarist Alex Lifeson was experimenting with tapes at home.

As their last album, Power Windows, had focused on the theme of, well, power, this time Peart turned his attention to the idea of time — the abundance of it or, sometimes, lack thereof. The first song that Peart wrote, "Time Stand Still" wrestled with these thoughts.

Once the foundation of the song was in place, Lee sang the vocals, but the band felt that what the track really needed was a female voice. Aimee Mann, bassist and vocalist for the new wave band, 'Til Tuesday, came to mind.

You can learn the whole story of "Time Stand Still" in the latest installment of our Odd Couples series."