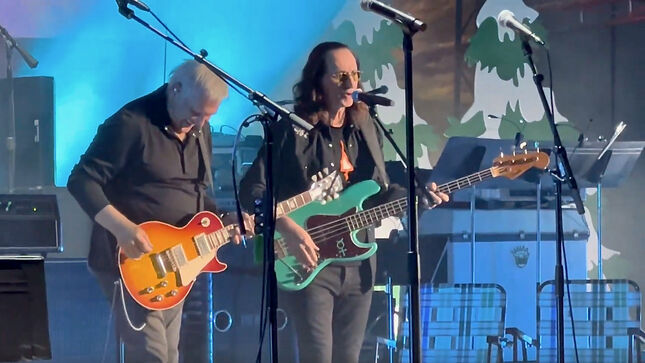 Rush legends Geddy Lee and Alex Lifeson reunited on stage last night (Wednesday, August 10) to perform the band's classic song, "Closer To The Heart", as as part of a celebration marking the 25th anniversary of animated comedy show "South Park", at the Red Rocks Amphitheater in Denver, Colorado.

Lee and Lifeson were joined for the performance by their longtime friends Primus, as well as "South Park" show creators, Trey Parker and Matt Stone. 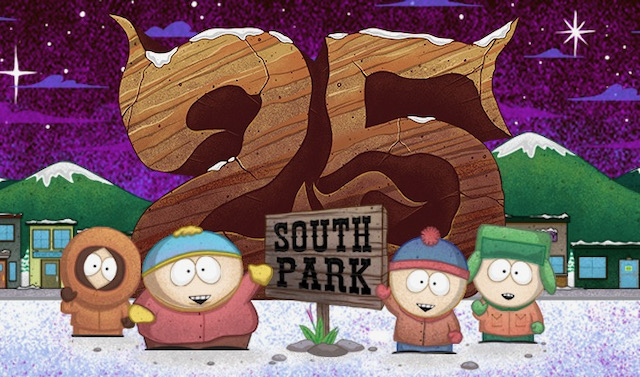 "South Park: The 25th Anniversary Concert" will air Saturday, August 13 on Comedy Central, and a day later on Paramount+.

Stone is a huge fan of Rush, having told the Ottawa Citizen in 2012, "Rush was the first band I ever loved."

There have been multiple Rush references in "South Park" over the years, including in 2011's "Royal Pudding" episode when Rush is tapped to perform at a vigil after the princess of Canada was abducted before her wedding. The group is shown on stage playing a mock version of Elton John's "Candle In The Wind", sung as "Flower Breaking Wind", which results in Lifeson and some members of the audience committing suicide. The band also featured "South Park" characters in a video they showed live before they played "Tom Sawyer" during their last few tours. In 1999, Lee and Lifeson teamed up with Parker and Stone to record a rocking version of "O' Canada" for the film "South Park: Bigger, Longer And Uncut".