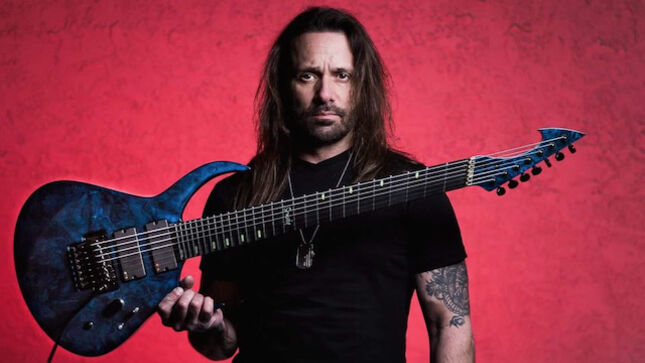 Guitar Autopsy is a new online chat show hosted by ‘guitar teacher to the stars’ Rusty Cooley and up-and-coming guitarist Zach Adkins launching in March 2021 and covering everything from guitar talk to general life topics, and everything in between - all with guitars in hand.

Each episode finds Cooley and Adkins joined by a guest from the world of guitar, drawn from Rusty’s little black book of guitar buddies from a lifetime in the industry as a player, educator and gear obsessive. 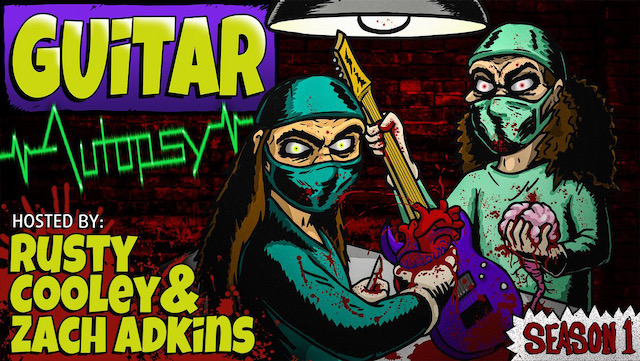 “Guitar Autopsy is not so much of us interviewing guitar players as it is three guitar players hanging out and talking and playing guitar,” Cooley says. “So it’s just a conversation about everything anything from guitar playing, practicing, teaching, learning, music business, touring, not touring, or where ever the conversation leads us. Maybe we don’t even talk about music and we talk about everyday life. If you want to have a drink or a smoke out, kick your feet up and hang out - and that’s exactly what you can expect: the unexpected!”

Every episode kicks off with Cooley and Adkins discussing the guitar news of the week: new releases, notable anniversaries, news happenings, gear trends or whatever else may be relevant that week. Each week’s guest then joins the chat to talk about whatever’s on their mind, and to throw plenty of guitar licks out there if the mood takes them.

“If whoever’s on the show is sick and tired of talking about music because that’s what they do, and they just want to talk about life, that’s what we’ll do,” Cooley says. “Basically imagine if Joe Rogan played guitar! It’s all fair game.”

“The big thing that I think is a game-changer with this,” Adkins adds, “is there are lot of other people who talk to guitar players and celebrities, but the difference is Rusty: he knows a lot of these guys personally, he’s met them, he’s probably even played with them or taught them, which makes it a whole other thing when you know somebody one-on-one verses getting them in for a quick interview.” 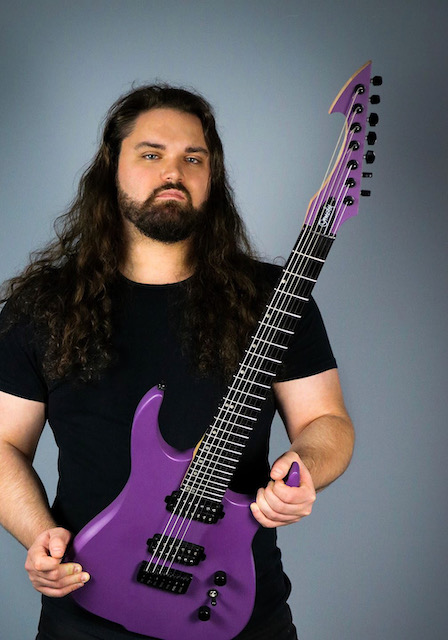 An impressive list of some of the greatest players in contemporary guitar and bass have already signed on for Season One, including some of the biggest names in thrash, progressive rock and metal.

Rusty Cooley is a respected solo artist, guitar educator, and founding member of Day Of Reckoning and Outworld. Adkins first came to the attention of the guitar world when he took first place in the 2017 Flying Fingers competition judged by Paul Gilbert, and is author of the bestselling book Guitar Efficiency.