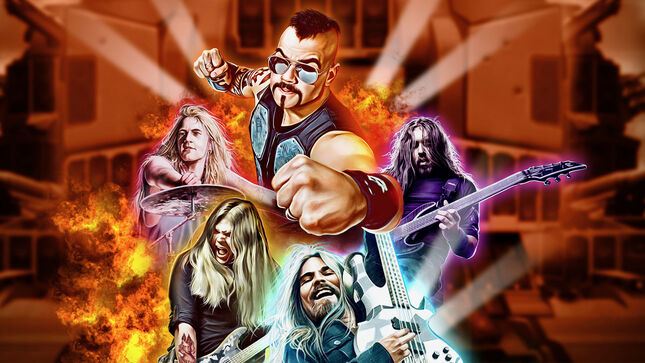 "Bismarck" was originally released on May 17, 2019, solely in digital format. Now it finally sees a release on vinyl and it’s a stunning one at that.

Single-sided vinyl 12″ with Sabaton etched artwork on the B-side, packaged in a deluxe gatefold-sleeve with artwork and lyrics on the inside of the gatefold. Includes an additional glossy inner sleeve with more artwork.

The song was written and recorded in 2018 at the Black Lounge studios with Jonas Kjellgren (who also recorded and mixed the then upcoming album, The Great War).

Bismarck was a German Battleship and one of the biggest ever built in Europe. Commissioned in August 1940 and sunk in May 1941 after an intense hunt in the North Atlantic.

As the band themselves put it at the time of release: “The fate of the ship Bismarck is a fascinating story we wanted to write about for a long time, but could not fit into any album. So we decided to make it as a single release as a gift to our fantastic fans for our 20th anniversary (in 2019). "Bismarck" is also the most requested topic for a Sabaton song ever!”

Now their legion of fans worldwide can finally enjoy "Bismarck" on their turntables… or at least those fast enough to act before it sells out.