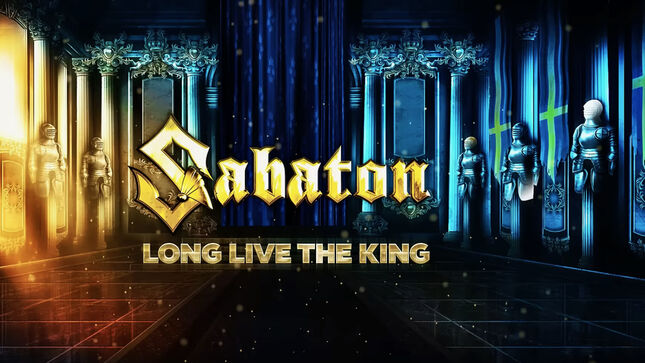 Swedish bashers, Sabaton, have shared an official lyric video for "Long Live The King", taken from their 2012 album, Carolus Rex. Watch below:

Sabaton released the video below, stating, "The 2022 edition of our advent calendar, 24 Days Of Metal Christmas, kicks off December 1 which means exciting offers, giveaways, limited edition merch, competitions and SO MUCH MORE! All surprises will be announced at 19:00 CET/13:00 EST on our social media channels and website. Can you tell Tommy is excited? 🤘 Stay tuned!"

Spring 2023 will see Sabaton touring across Europe on the eagerly awaited re-scheduled tour: The Tour To End All Tours.

Starting in Leeds on April 14, the tour will bring Sabaton to 21 cities in 14 countries. They will present their biggest and most spectacular show to date in Europe's largest arenas. Fans can be assured that the band will write history with the ground-breaking live shows on The Tour To End All Tours.

"We are extremely happy to welcome Babymetal to our already much anticipated tour in Europe 2023,” says bass player Pär Sundström. “The energy and power of this band will for sure make each night something special."

“If there ever was a band that would break all the rules, it’s Babymetal with the power and precision to deliver a full on heavy metal show!” echoes frontman Joakim Brodén. “It’s not our first rodeo together, expect nothing but excellence from Babymetal!”

Tickets for European shows are available here. Tickets for the UK shows on sale here. 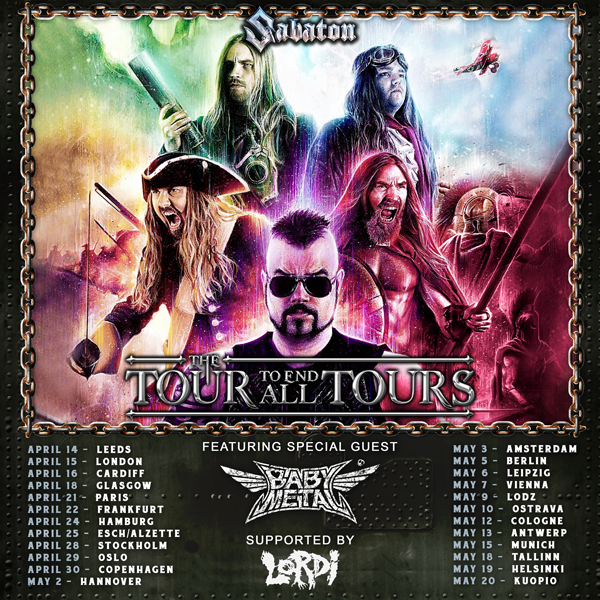