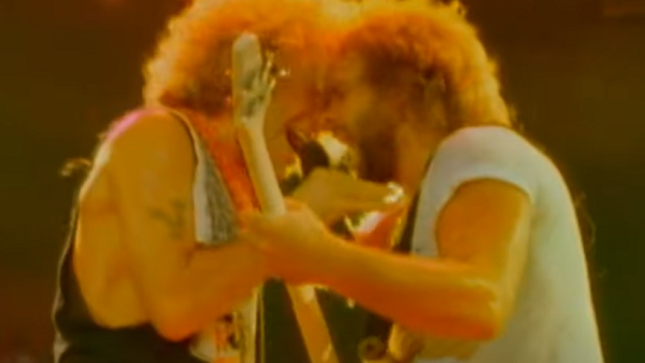 Posting on the Van Hagar / Other Half Facebook page, found here, bassist Michael Anthony and vocalist Sammy Hagar celebrated the 35th Anniversary of Van Halen's Live Without A Net.

Michael Anthony: "The second show in 'New Halen'. We rocked it, no fixing or re-recording any of it, what you see and hear is how it actually went down!!! I seem to remember Ace Frehley stumbling in backstage after the show to say hi, I don’t think we recognized him without his make up!!! Fun times for sure…"

Sammy Hagar: "We actually filmed two nights in New Haven for this release but the first night management told Eddie he had to be completely sober because there was so much money on this shoot. Let’s just say he killed it when we played / filmed a second night!  Ha ha... goes to show you some guys got to do it their own way! Back in those days it cost around 350K - that was real money!"

Live Without A Net was recorded / filmed in New Haven, Connecticut at the Veterans Memorial Coliseum in 1986 and released later that year. The show was part of the 5150 Tour, supporting the album of the same name, and Van Halen's first tour with Hagar. 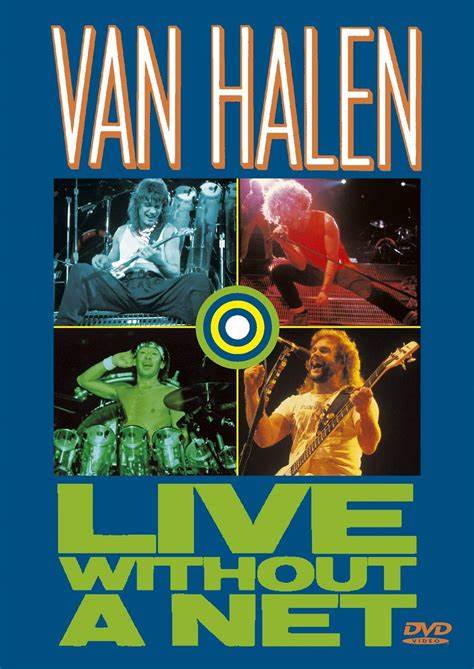