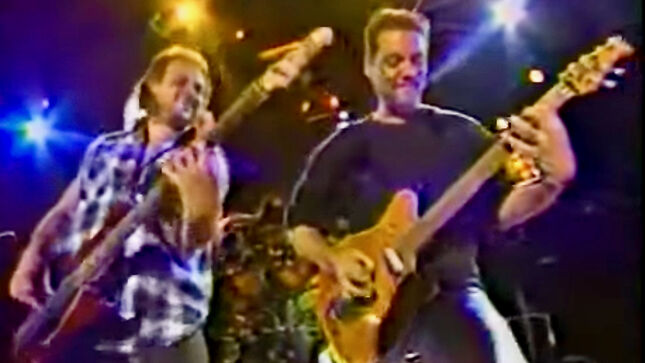 Balance is the last of the band's four studio albums to feature vocalist Hagar, and the final Van Halen album to feature bassist Michael Anthony in its entirety.

Says Sammy: "The Balance record was such a great record, but it was during hard times for the band, and a very hard record to make. A lot of painful dark images, bickering amongst the band, health issues, but this live performance of 'Amsterdam' on the Jon Stewart show shows how great this band was live. Wow & that's a TV performance."

Adds Michael: "By the time the Balance record came out, there was lots of tension within the band, personally, and professionally. One thing that was understood though was that the music was the important thing, and when we got together to play live we kicked ass, be it in concert or guesting on a TV show. This clip of us on Jon Stewart shows we were still delivering the goods!!!"