Torn Between Two Worlds, featuring former Angtoria bandmates Sarah Jezebel Deva and Chris Rehn, are gearing up to release a new single titled "Transparent". Sarah has opened up about writing the song.

Sarah: "This song was a bit of a challenge for me as this song is totally from scratch. It wasn’t written a few years ago like 'The Beauty Of Deception' was. 'All Eyes On Me' was also written a few years ago, but 80% of the lyrics lost, re-written and rearranged and the vocals recorded at my home, and “Hello” being a cover song (Adele). This is the first song lyric-wise that I have written in almost 10 years, I think, and when Chris sent me the music, I found it so difficult getting everything together. I recorded half a track and Chris and I just weren’t feeling it, so we took a big step back for a few months and let everything digest, because you can’t rush a song if you want people to believe in your music. Chris Rehn is a mindblowing composer and takes much pride in his arrangements, and for me, as silly as it sounds, I want him to be proud of the song and me. I can’t stress enough how its him that should be praised to high heaven, not me.

The song is based on fame and ego, people who take everything and everyone for granted, and takes pleasure in destroying everything and people, only to make themselves feel better. They love to take credit for absolutely everything, whilst others work their arses off, put their heart and soul into everything. Self destructive, compulsive liars who believes you are where you are today because of them. Surrounded by many for the wrong reasons, yet doesn’t actually doesn’t have much."

Transparent will be released om January 14th. It is now available for pre-order here. 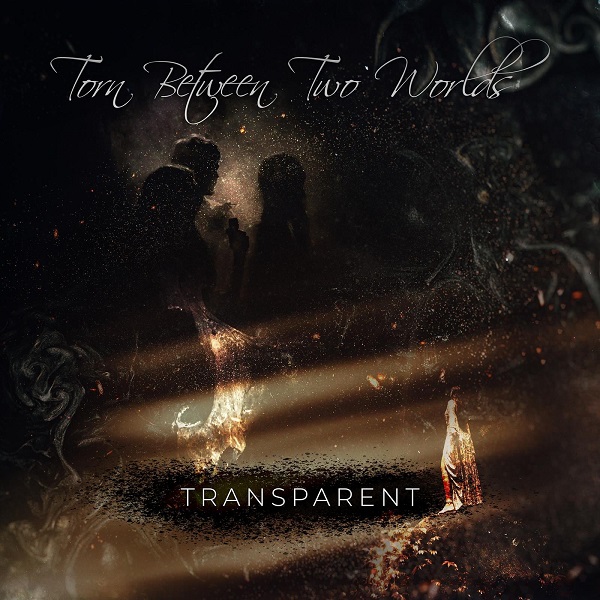 "There are two people in this world that make me so proud and reduce me to tears on a regular basis.... my beautiful son and.... Chris Rehn.

If Chris and I had started Torn Between Two Worlds 10 years ago, maybe I wouldn't have lost so much faith in the music scene. I am so proud of 'Hello', so proud that yet again, I was reduced to tears, but proud tears. We love what we have done with it and yet again I can't praise Chris Rehn enough for his composing and vision.

I also wished my dad was still alive to hear this, he would have been so proud.

None of this would have been possible without your support and of course so many close friends pushing us. Thank you."