SAVATAGE Classic Poets And Madmen To Be Re-Relesaed On Vinyl In December; Unboxing Video Streaming 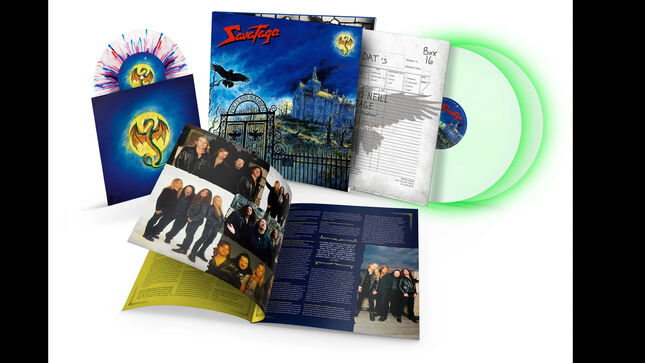 The wonderful journey in the Savatage time machine finds its completion on December 9, with the LP re-release of Poets And Madmen.

Over twenty years after its initial release, the album is still unique in the band's discography, standing out as a blend of the heavy, punchy guitar sounds of the band's early days, as well as the theatricality and orchestral composition of their later works. Jon Oliva's charismatic vocals once again combine these apparent opposites in his unmistakable way, while the band continues to break down any genre boundaries. 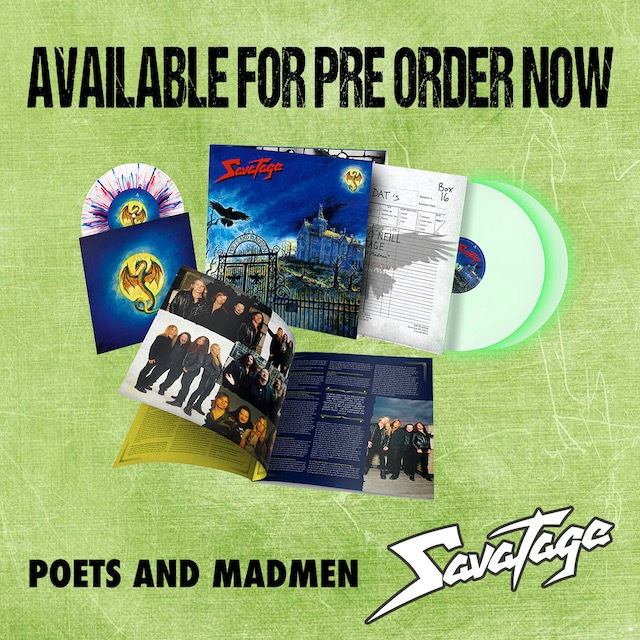 Available as Black 180g Double Vinyl Gatefold Edition and Strictly Limited Collector’s Edition on “Glow In The Dark” vinyl. Both editions are mastered for vinyl, reissued with the original cover design and specially enhanced artwork, including a 16-pages LP booklet. Exclusive to the Limited Collector’s Edition is a 7” Splatter Single with the song “Awaken" (Extended Version).

“Savatage has always been such a big part of my life. I am very proud of what we accomplished over the years in the world of progressive metal.” - Jon Oliva

Pre-order here, or via the Savatage merch store here. Watch an unboxing video below: