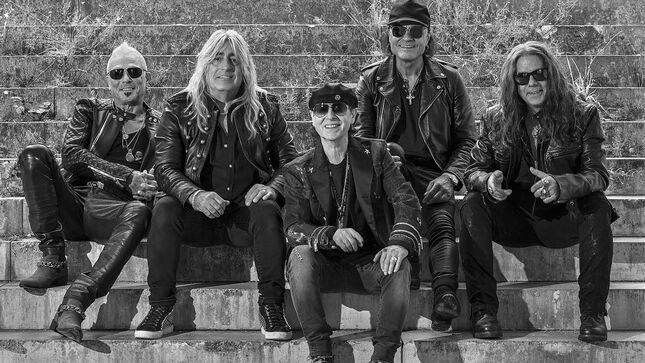 According to WXHC.com, guitarist Matthias Jabs of German rock legends, Scorpions, is among a variety of artists who will take part in the NAMM organization's Believe In Music online event, which is scheduled for January 20 and 21.

Taking place instead of the annual in-person NAMM Show music-equipment trade conference - which has been moved to the summer - Believe In Music is a global online gathering that will help unify and provide support for the people and organizations that bring music to the world. 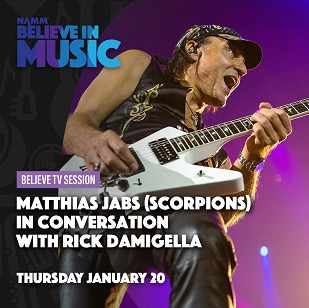 For full details about the online event, visit BelieveinMusic.tv.

Scorpions will release their new single, “Rock Believer”, on January 13 at 4 PM, CET. The single cover art was designed by Klaus Voormann: 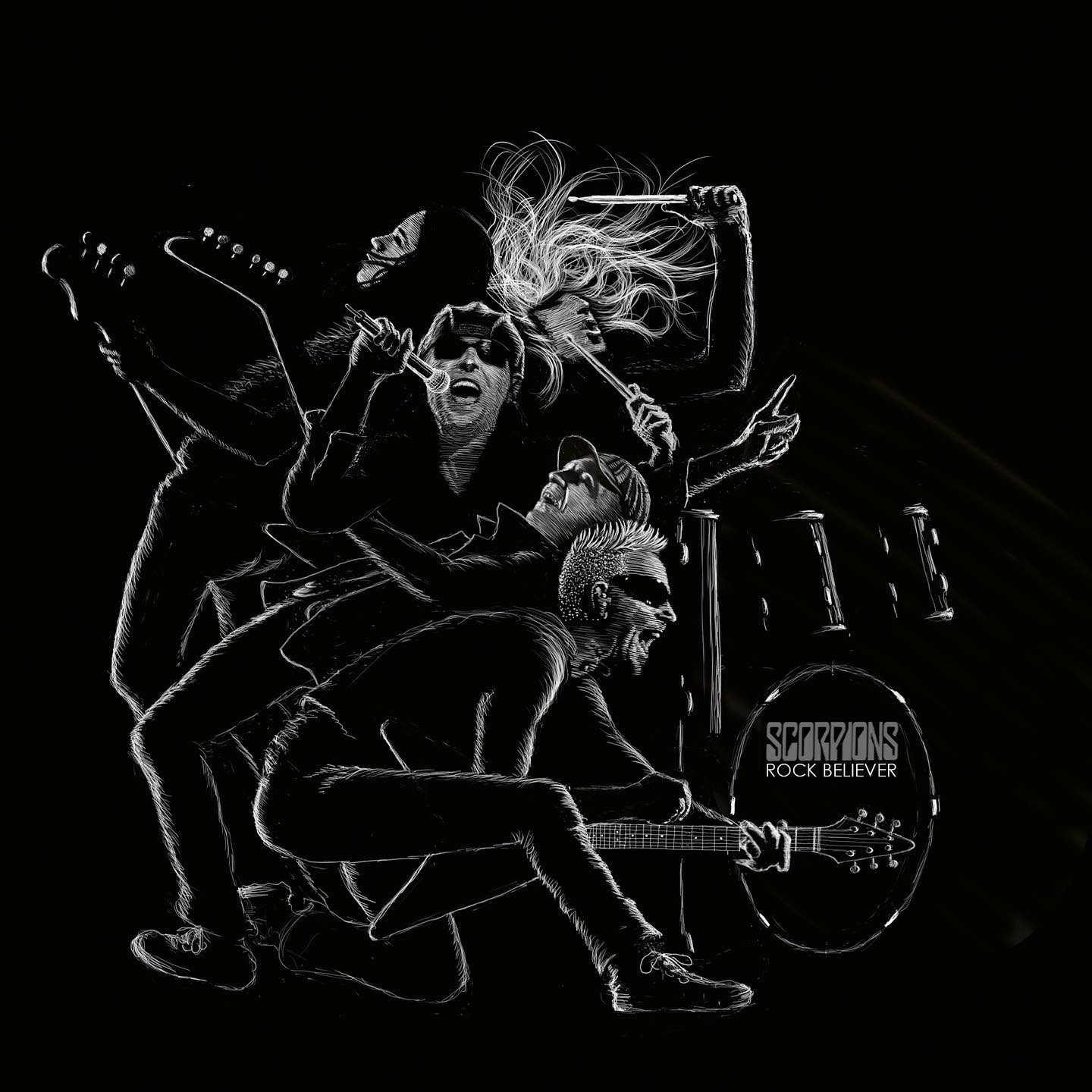 The band recently launched a three-part documentary, detailing the journey of making the new album. Part 2 can be viewed below.

"Peacemaker" has turned into much more than simply a lead single. It's a showcase number that has Scorpions celebrate their legendary tried and tested DNA in a fresh, tough sonic guise, a musical foretaste of their new album that promises to forge an arc between yesterday and tomorrow.

Listen to "Peacemaker" here, and watch the music video below:

Does a band whose musical career will span 50 years from the release of their first phenomenal album success Lonesome Crow to the arrival of Rock Believer in February 2022 still have the bite, the toughness, and the brute force that it takes to create and record one or two dozen brand new tracks? Aren't their 18 studio albums to date, their platinum and double-platinum awards, garnered around the globe, enough for these relentless musicians? Is there still enough gas in the tank to keep going? One of their songs provides the answer to these questions: "Let's play it louder play it hard / Laid back and a little dark / Give me a dirty riff my friend / There's gotta be more gas in the tank."

And indeed, "Peacemaker" sounds like it's been freshly reimported from the heyday of a legendary hard rock band. "The first thing that came to my mind," remembers singer Klaus Meine, who wrote the lyrics to the song (music courtesy of Rudolf Schenker and Pawel Maciwoda) and produced the band with the support of Hans-Martin Buff, "was the hook line. 'Peacemaker, peacemaker / Bury the undertaker.' I was just playing around with those words. At a time when so many people have died and are still dying of COVID, from devastating wars and other senseless crimes, it makes you feel that the undertaker must be working overtime. In a peaceful world after the pandemic, it will be time for the peacemaker to rule... that's an image that really appeals to me," says Meine.

Scorpions are one of the world's most important rock bands of recent decades, having sold more than 120 million records to date, played over 5,000 concerts, and created a timeless classic in their legendary single "Wind Of Change," which dominated the international charts and still is the best-selling single worldwide by a German artist. Countless awards, a star on the Hollywood Rock Walk of Fame, and more, hits such as "Rock You Like A Hurricane" and "Still Loving You," among others, followed. Their success to date impressively underlines the influence that the Scorpions continue to have on the rock music scene. Their latest album Rock Believer will be out on Universal's Spinefarm label in the US.

The Scorpions will kick off their Rock Believer World Tour in March 2022 in Las Vegas, where the band will play nine shows as part of their residency at Planet Hollywood Hotel. Afterwards, they will cross the Atlantic to Europe where they will play six concerts in France and six shows in Germany supported by Wolfgang Van Halen’s new band, Mammoth WVH. 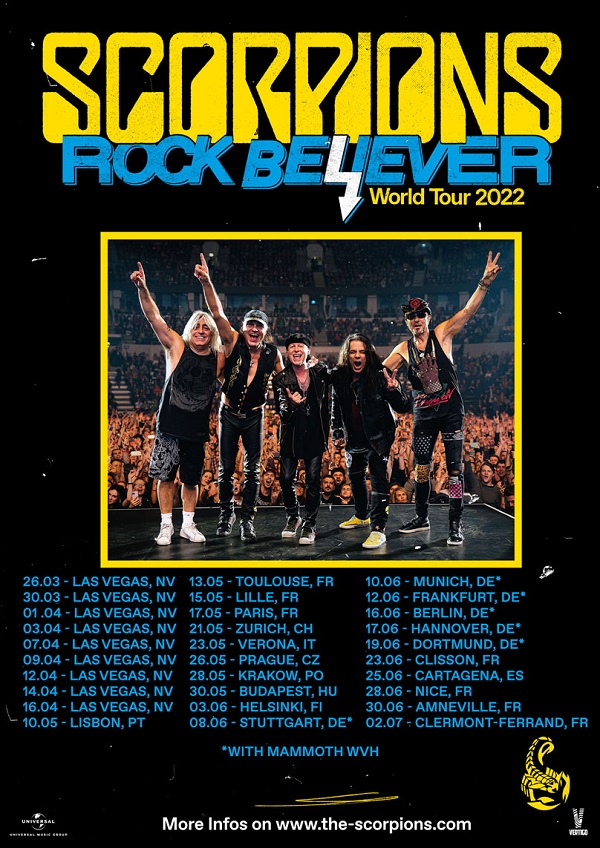