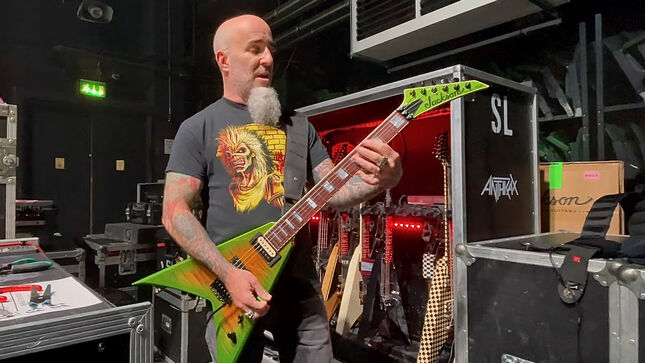 In a new interview with Metal Edge, Anthrax members Scott Ian and Charlie Benante discuss the band's upcoming follow-up to 2016's For All Kings album.

"We’re getting close!,” Scott Ian tells Metal Edge. “I can tell you we have 11 musical arrangements, and there’s lyrics to some of them. Obviously, I’m going to be working on more words and we’re getting there. I’m hoping at some point we’ll be able to get into the studio [this year] and record them.”

It’s a streaming market these days though, one with high content from artists and low attention spans from listeners. That factor leads Benante to posit an alternative, one that leads to a spirited exchange between the two.

“What if it wasn’t a full album?,” the drummer suggests. “If we released six songs and then we released another six songs. I know from a record company’s point of view that really doesn’t work, but in these days…”

“Yeah. It’s all so different now,” Ian says, jumping in. “Slipknot’s saying now why even make full albums anymore. I get it. I get all sides of it. I still love a full album, but at the same time I totally understand the idea of what’s the point of giving someone 11 songs. Most people don’t listen to albums anymore. So, yeah - why not parse it out? I don’t know. All I know is at some point in the next few months we’ll probably have 14 or 15 things and then we’ll have to decide when we’re going to record it and how we’re going to release it.”

Anthrax’s 40th anniversary tour with Black Label Society and Exodus began on January 17 in Boise, but after the first few shows, Charlie Benante left the tour for a “minor procedure.”

The band said in a statement: “Our man who beats the beat - Charlie Benante - has stepped away from the tour for a few days to have a minor procedure done and will not be at the next few shows. Never fear, the formidable Derek Roddy (Hate Eternal, Nile) is filling in while Charlie is away - and no worries, Charlie will be back soon. In the meantime, the metal is still heavy and the show must go on. We’ll see you there!”

Roddy played his first show with Anthrax on Friday, January 20 at the PNE Forum in Vancouver, BC. Fan-filmed video can be viewed below. 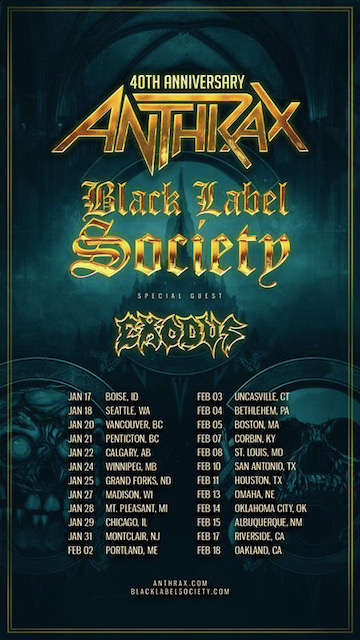