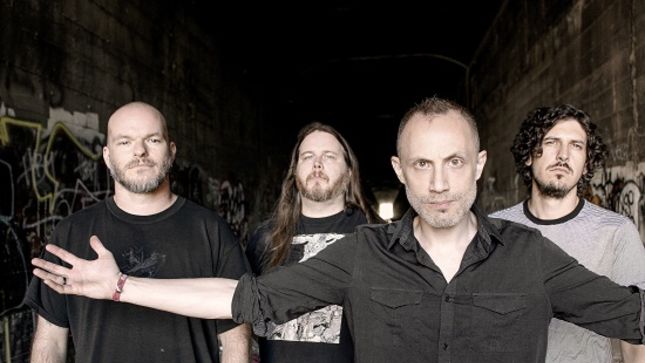 Sculptured has completed songwriting for their upcoming 4th full-length album titled The Liminal Phase. The new album will be released worldwide via The End Records, who have been with the band since its inception in 1996. When asked about the direction of the new material, guitarist and vocalist Don Anderson replied: “It’s a bit simpler than Embodiment and closer to the approach taken on Apollo Ends. I’d say it’s somewhere in between those two records. I honestly think it’s some of best material I’ve ever written.”

When asked if the breakup of Agalloch contributed to the present focus on Sculptured, Anderson replied: “Not really. I’ve had some of these songs brewing since 2009. But, obviously, my schedule is bit more open now."

Joining Anderson (previously of Agalloch) on The Liminal Phase will be longtime member Jason Walton (ex-Agalloch, Self Spiller, Especially Likely Sloth), and returning keyboardist Andy Winter (Age Of Silence, Winds). Joining the band for the first time are Martti Hill (Barrowlands) on drums, and Marius Sjøli (Self Spiller, Blekspetl, Formloff).

Hill says that, “I’ve had massive amounts of respect for Don, Jason, and Andy as musicians. To be asked to play drums and add my imprint to Sculptured is an honor I don’t take lightly.” Sjøli has played with Jason in the past in Self Spiller and adds that “After being a Sculptured enthusiast for many years I’m honored to be participating on the new album. Especially with the upcoming album being full of what I’ve always loved about Sculptured—the unexpected turns, the progressive atmosphere, the riffs and the groove.”

The band will gradually begin recording over the next few months, with a release date tentatively set for early 2017.