SEBASTIAN BACH - "I Had A Hernia From Screaming My Guts Out" 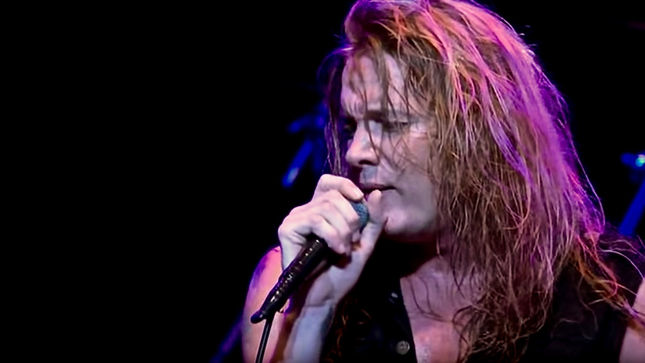 Vocalist Sebastian Bach is featured in a new interview with Australia's loud discussing conspiracy theories, touring Australia, and voice-related problems. An excerpt is available below.

Q: It’s a very weird and wonderful world isn’t it, rock and roll. Obviously you’ve been in it your entire adult life. Would you change it for anything else?

Bach: "No, and the very short, cliched answer is: because I love it so much. I’m what you would call a rock fan. I myself collect vinyl and I have an amazing collection and I cannot wait to come in like a locust in Australia and just take all your KISS records! I collect music, and I have this voice that I can sing with, so just for selfish reasons alone I won’t quit, because I just love it."

Q: Speaking of your voice, how is that now? You had some problems with it earlier in the year.

Bach: "No, I didn’t have any problems at all with my voice, but I had a hernia from screaming my guts out. It was a voice-related injury, but it was nothing to do with my throat. Rob Halford from Judas Priest and Dug Pinnick from Kings X had it too. I definitely think, well, I know, that’s it’s from screaming on stage for all those years because I have to contort my body into weird positions… when I was a kid, I used to look at Joe Cocker and think ‘Why does he move around like that?’ He would do anything he can to get those notes out of his body. I am ok now. I got an innie now, instead of an outtie."

They say a picture's worth a thousand words. Sebastian Bach put that old adage to good use recently via Twitter and the following image showing Bach, and Skid Row guitarist Scotti Hill, both clearly in good spirits. It's accompanied by two words, "Volatile Situation".

By utilizing the phrase "Volatile Situation," Sebastian is directly quoting Scotti Hill from an interview he did recently with Another FN Podcast, recalling the split with Bach. During the appearance, Hill admits that a reunion was being considered at one point, and reveals that Skid Row and Bach will never work together again, stating "People are, like, 'Hey, man, do it for the fans.' Not at the expense of my happiness, no. Sorry. It ain't fucking happening. We appreciate fans, we do. We're probably the most fan-friendly band you'll ever meet. We'll go out in the cold, we'll hang out with them, but what we won't do is put ourselves in a volatile situation and be unhappy and destroy what we have now." Hear for yourself via the audio player below.