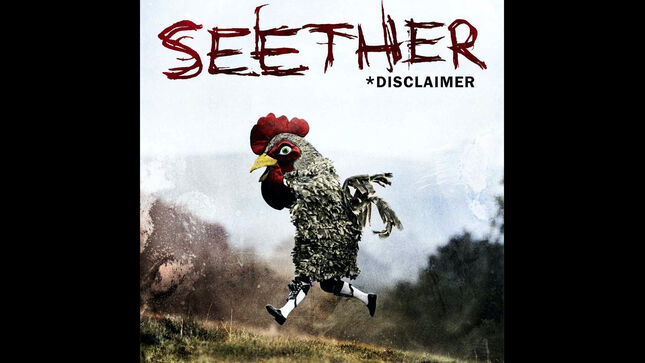 Craft Recordings is proud to partner with Seether to celebrate the 20th anniversary of their Gold-selling debut, Disclaimer, with an expanded reissue on vinyl, CD, and digital. Set for release on January 20,, and available for pre-order today, the deluxe 3LP or 2CD set includes the original 12-track album (featuring such enduring hits as "Gasoline," "Fine Again," and "Driven Under") plus a previously unreleased live show, captured in its entirety at New Hampshire's Hampton Beach Casino in 2003. Rounding out the bonus content on Disclaimer (Deluxe Edition) is a rare 2002 live acoustic cover of Nirvana's "Something in the Way," which was first issued as a B-side.

The 3-LP edition is housed in a deluxe triple gatefold jacket, while both physical formats also include new liner notes from Katherine Turman, an acclaimed music journalist, producer, and co-author of Louder Than Hell: The Definitive Oral History of Metal (HarperCollins). Click here to pre-order or pre-save Disclaimer (Deluxe Edition).

Formed in Pretoria, South Africa, in 1999, Seether (originally named "Saron Gas") instantly hooked fans at home with their blend of alt-metal, grunge, and heart-on-sleeve lyricism. At the turn of the millennium, not long after releasing the South Africa-only Fragile, the band (originally consisting of vocalist and guitarist Shaun Morgan, bassist Dale Stewart, and drummer Dave Cohoe) caught the ears of Wind-up Records, who brought the trio to the U.S. to record their international debut. In the whirlwind weeks between pre-production in New York City and recording in Los Angeles, the band gained a new name (borrowing their permanent moniker from Veruca Salt's 1994 alt-rock hit) and lost a drummer, when Cohoe chose to return home. As the band auditioned new drummers, veteran musician Josh Freese (The Vandals, A Perfect Circle, Nine Inch Nails) stepped in to lend his talents in the studio.

Over the next four months, Seether recorded new material, plus seven selects from Fragile, with producer Jay Baumgardner (Bush, Shinedown, Papa Roach). Several songs dated back to Morgan's teenage years, including the brooding "Fine Again," written after his parents' divorce. "69 Tea," meanwhile, was one of Morgan's earliest compositions as well as the band's first single in South Africa. Other songs found Morgan and Stewart reflecting on more recent experiences, including the deeply personal acoustic ballad "Broken," written by Morgan about the breakup of his marriage and family after his wife chose to remain in South Africa with their daughter.

Disclaimer was released in August 2002, amid a busy schedule of shows (including a coveted spot on the Ozzfest tour). The album, which was eventually certified Gold by the RIAA peaked in the Billboard 200's Top 100 and spawned three of the band's most enduring hits, including "Driven Under" and "Fine Again," the latter of which topped Billboard's Active Rock chart, peaked at No. 61 on the Billboard Hot 100 and reached the Top Ten of both the Hot Modern Rock Tracks and Hot Mainstream Rock Tracks charts. The song was also featured in the video games Madden 2003 and 1080° Avalanche and later appeared in the 2018 film Boy Erased. The third single, "Gasoline," peaked at No.8 on the Hot Mainstream Rock Tracks and remains one of Seether's biggest hits, while videos for all three songs saw regular airplay on MTV2. The critics also took notice of the young band. Comparing Seether with such grunge heroes as Pearl Jam and Nirvana, Rolling Stone praised the group's "toe-tapping catharsis."

That catharsis could certainly sum up the band's first year in America. But, while that transitional era wasn't easy, it set Seether on a prolific — and highly successful — course. In her liner notes, Turman writes, "Out of strife, both in the members' personal lives and in navigating the new-to-them music business, arose indelible songs and a sound that would create a career. Plus, the pride of a nation; when Seether returned to play South Africa post-Disclaimer, people were grateful to them as essentially the first South African rock band to succeed outside its borders."

Speaking to Turman, Morgan recalls, "If there was ever a little engine that could, against all odds, with every possible obstacle thrown at us, this is the record…. We managed to somehow surmount everything."

Stewart adds that the band remains "very proud of Disclaimer. The record put us on the map in a lot of ways, and it had a lot of songs we'd written when we were really young…. There's a lot of pride attached to that album."

Two years after its release, the band revisited the songs on Disclaimer with 2004's Disclaimer II. Among other reworkings, Morgan reimagined "Broken" as a duet with Evanescence frontwoman Amy Lee. Released as a single, the song became a Top 20 hit in the US and a Top 5 hit in Australia, New Zealand and Belgium, while Disclaimer II became the band's first Platinum-certified album in America.

In the ensuing years, Seether has amassed a global audience and released a total of eight best-selling studio albums, including the Platinum-certified Karma and Effect (2005) and Finding Beauty in Negative Spaces (2007). Ranked at No.7 on Billboard's All-Time Mainstream Rock Artist roundup (a list that spans the chart's 40-year history and finds Seether tied with Aerosmith), the band has scored four Top Ten albums on the Billboard 200 and 17 chart-topping singles, including 2017's "Let You Down," 2014's "Words as Weapons," and 2011's "Tonight." Along the way, the quartet (now comprised of Morgan, Stewart, drummer John Humphrey, and guitarist Corey Lowery) has never waned in their sense of purpose, their dedication to their craft and their commitment to fans. That sentiment also extends to the band’s annual Rise Above Fest, which they founded in 2012 to raise awareness for suicide prevention and mental illness.

In 2020, Seether released their acclaimed eighth studio album, Si Vis Pacem, Para Bellum (If You Want Peace, Prepare for War), via Fantasy Records, while last year, the band celebrated their 20th anniversary with the compilation Vicennial – 2 Decades of Seether (Craft Recordings). Also in 2021, Seether was added to the Rock and Roll Hall of Fame's popular "Right Here Right Now" exhibit, which focuses on the evolution of rock and its impact on the current generation of artists. "Right Here Right Now" helps fans discover how bands like Seether, plus artists like Billie Eilish, Lady Gaga, Harry Styles and Taylor Swift, have influenced the new millennium.

Click here for complete details and to pre-order or pre-save Disclaimer (Deluxe Edition). 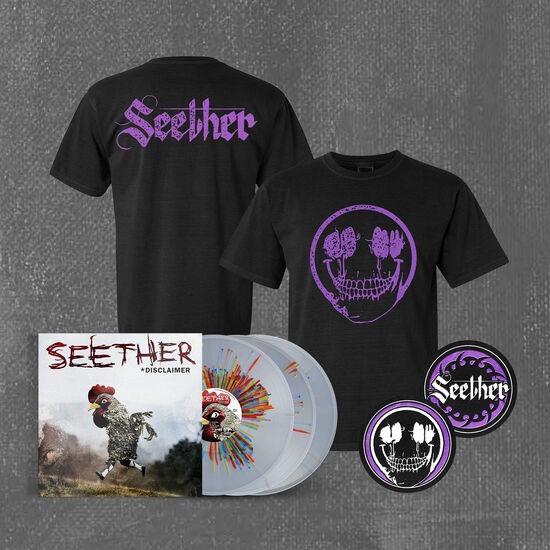