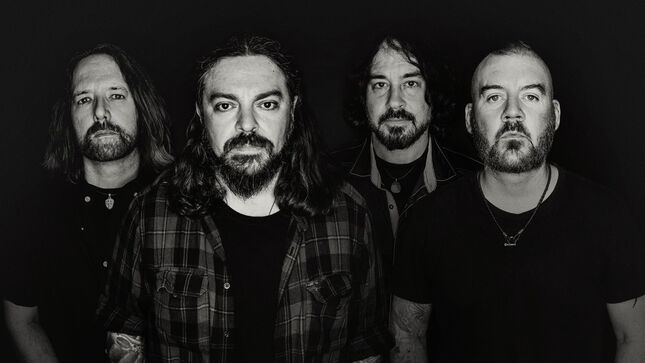 Shot amongst ruins of desert homes near Joshua Tree, lead singer Shaun Morgan explains: “We were trying to figure out how to make some kind of statement about the evils of social media and it evolved from one idea to the video it is now. After spending such a long period of time without any kind of personal contact with the other band members, the live performance element was especially important to us – it was good for us mentally and emotionally, but it was also important to visually show that we’ve come out the other side after such a difficult time.”

Seether’s upcoming album, Vicennial - 2 Decades Of Seether, tells the remarkable story of the South African quartet’s career and chart-topping success. The 20 songs on this compilation have amassed 16 #1 chart positions and all are Top 5 multi-format radio hits. This collection is an audio summary of the first 20 years of Billboard’s #8 All-Time Mainstream Rock Artists, which covers the 40-year history of the chart’s existence.

The album, due for release on October 15 via Craft Recordings, was carefully curated by frontman Shaun Morgan and highlights tracks from his band’s eight full-length albums - including early breakthrough singles, "Broken", and "Fine Again"; the recent #1 on both the Rock and Active Rock charts, "Dangerous"; as well as their fan favourite cover of Wham’s "Careless Whisper".

Known for their dedication to their fans, Seether selected fan submitted artwork for the album cover.

On October 7, to celebrate the album’s release, the band will perform all 20 tracks in sequence live one time only at Ace of Spades in Sacramento, CA. This event is an Aftershock After Party for the opening night of the sold-out Aftershock Festival, where the band will be appearing on October 8 with Metallica, Rancid and others. Tickets for Vicennial – Live are on sale now at Seether.com.

Since Seether aren’t able to tour outside of the US right now, they wanted to find another way to bring this special show to their fans around the world. On November 11, the band is hosting a special Vicennial - Live Online event through a partnership with the premium digital live platform Moment House. There will be shows at 6 PM, PST, 6 PM, GMT and 6 PM, JST where fans are able to vote for that time zone’s 10-song set. Additionally, the band will be appearing live for Q&A sessions and virtual meet and greets. Tickets for Vicennial - Live Online, as well as bundles that include merch and an exclusive 500 unit limited edition custom mixed opaque pink colour 2-LP vinyl of Vicennial, are on sale now at Seether.com.

Reflecting on the band’s career, singer Shaun Morgan says, “Twenty years is a major milestone for us; we’ve been on an amazing ride - alongside our fans - and we plan to continue that journey. Putting Vicennial together gave us a chance to look back on our body of work over the years, and to rediscover some of our older songs during the pandemic that brought us all to a standstill. We hope that everyone enjoys the compilation as much as we do now, after this historic lockdown, and we look forward to seeing our fans again at live shows in the future.”

Seether is the newest addition to the Rock and Roll Hall Of Fame's popular “Right Here Right Now” exhibit. “Right Here Right Now” focuses on the evolution of rock and roll and its impact on the current generation of artists by taking visitors on an intimate journey into the stories of chart-topping acts. Utilizing personal artifacts, thought-provoking text panels and interactive displays, “Right Here Right Now” helps fans discover how Seether has influenced the new millennium. Seether joins other luminaries in the exhibit including Billie Eilish, Lady Gaga, Harry Styles, Alabama Shakes, Taylor Swift, The Lumineers, Kacey Musgraves and The Weeknd.