SEPULTURA Banned From Entering Lebanon; Accused Of Being Devil Worshippers 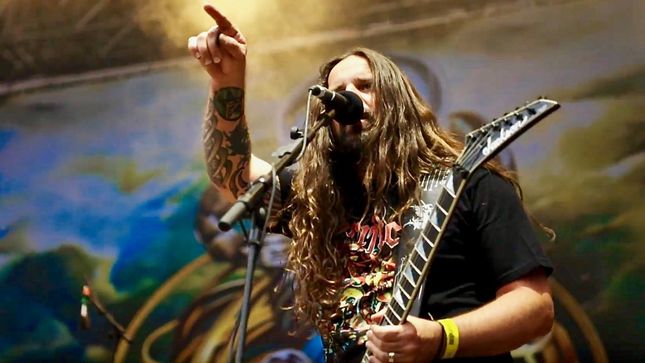 According to The New Arab, Sepultura have been banned from entering Lebanon after they were accused of being "devil worshippers", according to organizers, forcing them to cancel a planned gig in Beirut's Hamra district next Sunday.

Lebanon's General Security denied the group artist visas and "banned" them from entering the country, according to a statement made by Skull Session on Friday.

Skull Session, a regular organizer of metal events in Beirut, had organized for the band to come to Lebanon.

"We are as outraged and angry as all of you will be," read the statement.

Fans took to social media to express their anger with the "ban".

Many speculated the reason behind Sepultura being denied their visas was due to cultural perceptions of metal music as being "satanic" and "anti-religion".

"Wish they would know that Sepultura have a song in which they support Palestine and criticize Israel," wrote Sarah Harakeh. "But no, all what they care for is that it is simply not their musical taste."

Skull Session told The New Arab that they had not been allowed to see the group's "ban order" but had been given information by officers who had seen the document.

"Basically what we learned is that they are considered devil worshipers, that they have disrespected Christianity, and that they have performed in Israel," Skull Session said.

"All of which are of course not true."

Read more at The New Arab.