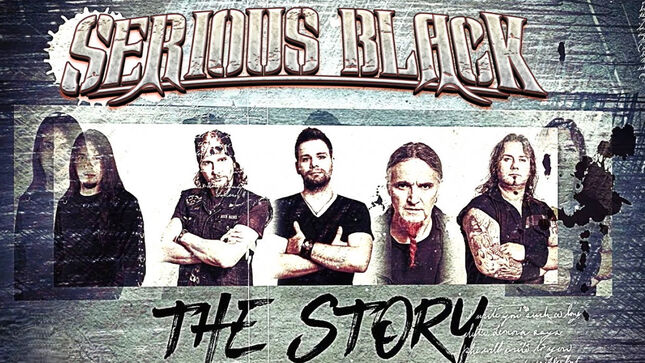 Serious Black returns with a new singer and a new album. The first single, "The Story", gives a first glimpse into the emotional and very private album, Vengeance Is Mine, to be released on February 25.

The ballad was originally performed by US singer songwriter Brandi Carlile. It is a calm and yet powerful track that has caused stir on international level, whether it is several single chart entries or the use of the song in successful TV-series Grey’s Anatomy. This new song shows off a new side of Serious Black, that has rarely been seen before.

The song is the start for the most emotional and imaginative work of the power metal band yet. Nikola Mijić, the newest member and singer of the group, crowns the song to completion with his powerful voices. The lyric video for “The Story” creates intimacy supported by private photos and insights into the studio recordings - and gets fans in the mood for the upcoming album.

“The Story” is just the beginning: Three more single releases are planned upfront the album will be in stores. Lyrically these tracks also go into depths, that have never been explored for the band before.

Bassist and founder Mario Lochert says: “This time I allowed insights into my inner and private life like never before: how I think, how I feel, how I am, and how difficult it can be to keep a band going, even if you are not feeling well yourself. The lyrics on Vengeance Is Mine reflect the past four or five years. Of course, this had an impact on the songwriting, which has become even more intense and emotional."

Vengenance Is Mine was produced and mixed by Lochert in the 'Serious Black-Studio' in Kirchseeon. "This time we really turned every adjustment screw to get the best possible result," says Lochert and continues: "I think the great effort has been worth it!"