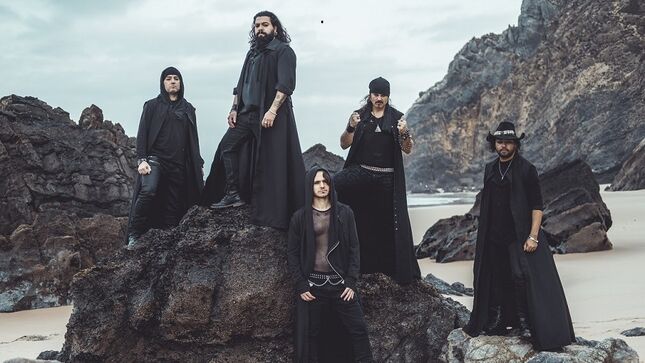 The vessel has finally entered the port and Seventh Storm's debut album Maledictus is out today on Atomic Fire Records.

In celebration of the release, Seventh Storm presents a music video for their heaviest track to date, “Gods Of Babylon.” The song opens with a traditional Persian intro before unleashing raging blastbeats and a hard rocking chorus.

Elaborates drummer Mike Gaspar (ex-Moonspell), “Just like the times of Babylon, the Gods represented a fairness of justice, healing, and compassion, bringing light to agriculture to prosper for future years. Values we should worship still today. The past shows us the effects of war and famine; the magical teachings destroyed and lost. Let this song bring back those values and enrich our lives with sounds of an ancient past. Moving forward and united once more. This video represents all that was conquered and fought for to create Maledictus. We now share it with those who desire to be part of this new Thunder Storm. We shall please the Gods!”

Recorded at Dynamix Studios in Lisbon in May and October 2021, with mixing duties handled by icon Tue Madsen, Seventh Storm completed their debut within a year after Gaspar’s departure from Moonspell – a demonstration of sheer willpower. He remembers, "On the 25th of April, 2021 I announced my new band – the day the Portuguese dictatorship ended back in 1974. We felt it would be a strong message to announce the band on that date."

For Gaspar and his band of buccaneers alike, Maledictus is a new beginning. "It’s our grand stand," he says. "This is us showing that not all is lost. That our past was not in vain. We are here to stay!"

Seventh Storm recently confirmed their very first live performance to happen at RCA Club in Lisbon on October 8. Be among the first ones to join their journey across the seven seas or stay tuned for further dates to be announced soon.

Maledictus is now available to order and available as digipak, clear and blue-white-marbled vinyl, stream/download and exclusive merch bundles. 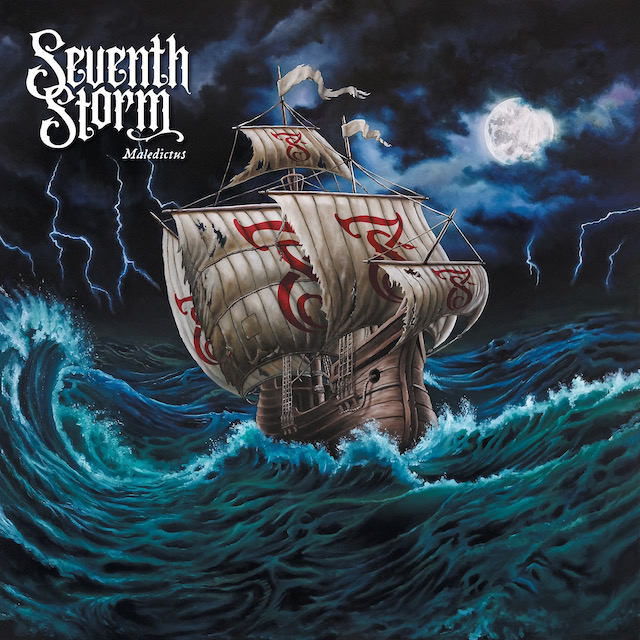