One of the most sought after vinyl records in history, Sex Pistols' "God Save The Queen" returns to the shelves. Get your hands on a repress of both the A&M & Virgin God Save The Queen 7” vinyl, limited copies available of each.

When the Sex Pistols made their definitive statement during the Queen’s Silver Jubilee celebrations in 1977 with the incendiary single ‘God Save The Queen’, they produced a manifesto that threatened and delighted in equal measure. Now, as the nation prepares for another jubilee, the single is back.

Dropped by their record label A&M in the midst of controversy after just 6 days, the label destroyed 25,000 copies of the record, making the reportedly nine remaining, ultra rare collectibles. In honour of this, just 1,977 copies of the re-released A&M version will be available. 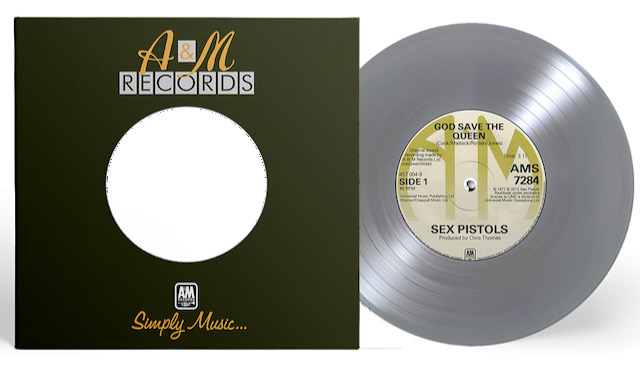 Re-creating the original artwork, the A&M version features the rare black slipcase with silver vinyl and includes the original B-side, "No Feeling." 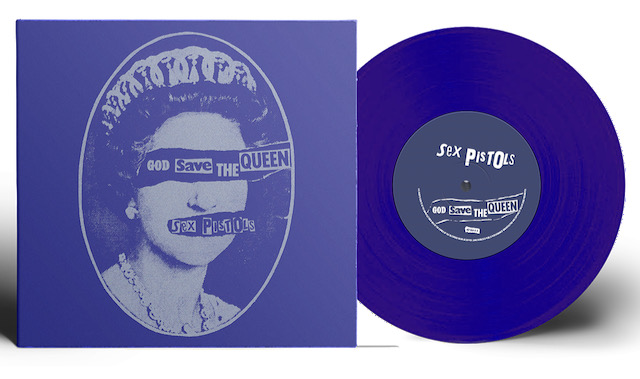 Re-creating the original artwork, the Virgin version features the absolutely iconic Sex Pistols artwork designed by Jamie Reid (© Sex Pistols Residuals) - the 7" has transparent blue vinyl and includes the original B-side, "Did You No Wrong".

Order the Virgin single, "God Save The Queen" b/w "Did You No Wrong", here.