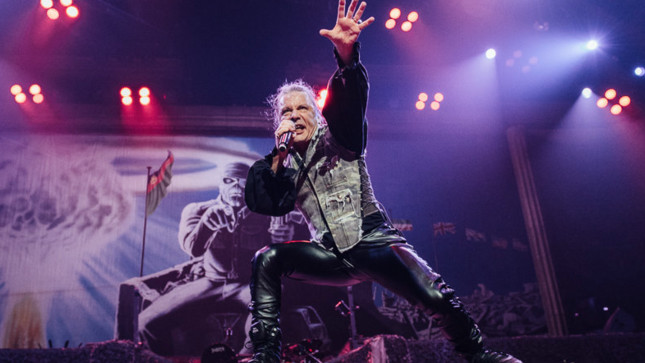 In 1993, after the Fear Of The Dark Tour, Iron Maiden singer Bruce Dickinson left the band, leaving fans around the world standing in shock. Wolfsbane singer Blaze Bayley would eventually pick up the microphone, meanwhile the "Air Raid Siren" would go on to a very flourishing solo career, until he rejoined in 1999. In an excerpt from this weekend’s Streaming For Vengeance video interview to promote his upcoming spoken word tour, Dickinson talks to BraveWords about his solo career success and whether he and Maiden founder Steve Harris ever speak about it.

“No, we don't really talk about it,” he says. “I kind of poke some songs at him occasionally and say, 'There you go, there's half a dozen, what do you think?' And he'll go, "Don't like that, don't like that, oh I like that one!', and that was "If Eternity Should Fail" - that's how that ended up as the opening track to the Maiden album (The Book Of Souls), because it was going to be the opening track to my solo album (Tyranny Of Souls). And the same thing happened with ‘Bring Your Daughter To The Slaughter’, where I recorded it with Janick (Gers). We did a complete version, and then Steve said, ‘I love that! Don't put it on the album, give that to Maiden.' And I thought, 'Oh alright, let's see what happens', and boing! It goes to number one. It was interesting, any time any song ever gets played, doesn't matter who wrote it, doesn't matter what it is, if Iron Maiden plays the song, it just sounds like Iron Maiden, there's no way of getting around it. We did ‘Cross-Eyed Mary’, and it sounded like Iron Maiden playing ‘Cross-Eyed Mary’.”

And you actually had a moderate radio hit in 1983, when the B-Side to the Piece Of Mind single, “The Trooper”, caught the ear of Music Directors in the United States. 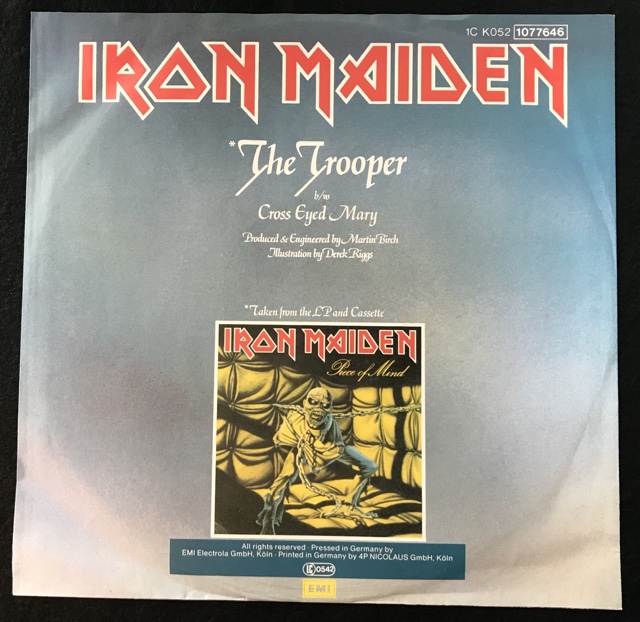 "Right! And the crazy thing about that is that a lot of the time people think that we sit down and we plan things out, and sometimes we do, but sometimes we don't. That was one of the ones where, because me and Steve are both Tull fans, and he said, ‘Why don’t we do Cross-Eyed Mary?' And I went, 'Yeah, alright, why not?' I didn't think anymore about it, and we didn't rehearse it or do anything until they went into the studio, and they did the backing track. I went in, and I went, 'Oh, wow. Yeah.' Ian Anderson's voice is kind of a low baritone, and I'm like a high tenor. So I can't get down to a low baritone without it sounding a bit weak. But if I want to sing it as a high tenor, I've got to sing it a whole octave above where it was, you know? I was just like, 'Let's find a dominatrix that had a vice attached to both of my testicles' and away I went! I read an interview recently because I did some work with Ian. It was brilliant, I did two songs with him in a cathedral, Canterbury Cathedral it's on YouTube (see below), you know just fan footage and such, and some of it's beautiful. I did ‘Revelations’ and ‘Jerusalem’. He was interviewed about it and he said, 'Yeah, I was aware they were big fans of Tull, but I was puzzled when I heard that cover of ‘Cross-Eyed Mary’ because it sounds like the singer was in pain.' And I was!"

Bruce Dickinson also reveals more about his upcoming solo album, which he is currently working on with his longtime partner Roy Z. 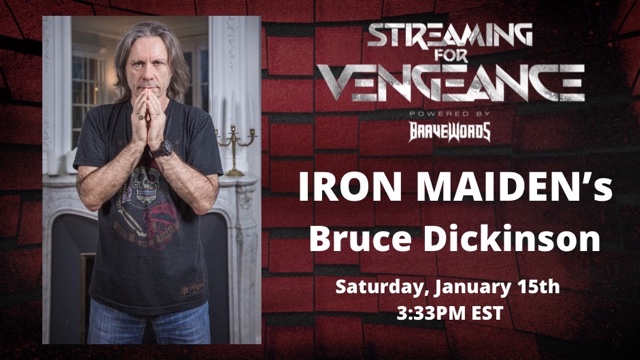 Dickinson is bringing his spoken word tour, An Evening With Bruce Dickinson, on an extensive US and Canada starting next week in Fort Lauderdale, Florida.