SHARON OSBOURNE Is Considering Reboot Of "The Osbournes" Reality Show 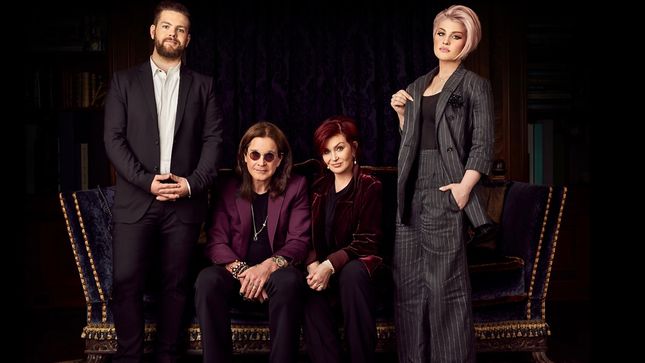 Sharon Osbourne could be set to revive her family’s infamous reality show, The Osbournes, The Sun has exclusively revealed.

The star has been flooded with offers since her sudden exit from The Talk amid a "racism scandal". And most center around a return of the award-winning show that burst on to our TV screens almost 20 years ago.

Several production companies have pitched treatments and proposals for a reboot of The Osbournes, which turned the family into global television stars. And insiders insist Sharon is "open to talks" in the wake of her departure from CBS's The Talk after a decade on air.

One showbiz insider said: “Sharon is ready to go again for the right deal, absolutely.”

While Sharon and husband Ozzy’s two children Kelly, 36, and Jack, 35, no longer live in their Hancock Park, Los Angeles home, cameras could follow the children going about their daily lives.

Jack has three daughters and is a successful TV show host and producer, while multi-talented Kelly is forging a career in acting.

Industry experts predict Sharon and her clan could bank as much $20m in a rights and payment deal. That would certainly ease the loss of her $6m a year job at The Talk, which ended following an on screen spat with one time close friend and co-host Sheryl Underwood.

The insider said: "Sharon may have parted ways with CBS, but the interest in her remains sky high. Many production companies are keen to have an updated version of their reality show."

Read more at The Sun.