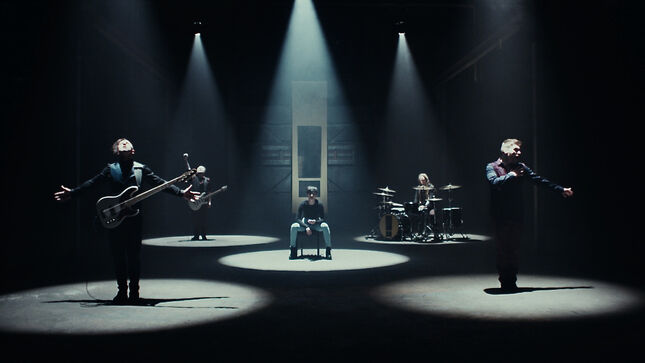 Attention Attention, the feature film experience of multi-platinum band Shinedown’s 2018 record-breaking studio album of the same name, will premiere worldwide on Friday, September 3. Available on digital and cable VOD via Gravitas Ventures, Attention Attention is available now for pre-order in the US for $12.99, with an exclusive rate of $6.99 currently offered until midnight ET tonight (August 24). Press here, and watch a trailer below.

Attention Attention is a visual journey that brings to life the story of Shinedown’s acclaimed chart-topping album, their sixth full-length, which has accumulated more than 622 million global streams, debuted Top 5 on the Billboard 200, simultaneously hit #1 on Billboard's Alternative, Top Rock and Hard Rock Albums Charts, and led to five iHeart Radio Music Award nominations. From life’s lowest lows to the highest highs, what emerges from the forthcoming film is a powerful and enduring statement about humanity, overcoming struggle, the importance of mental health, not being afraid to fail, and the resolve of the human spirit. This stunning sonic and visual work of art was directed by Bill Yukich (Beyoncé, Metallica, Wiz Khalifa) and features theatrical performances from the band, Melora Walters (Magnolia, Big Love, PEN15), and Francesca Eastwood (Old, Twin Peaks, Fargo), among others.

“Miles Davis once said ‘If you’re gonna tell a story, tell it with some attitude.’ That is precisely what the film Attention Attention does,” shares front man Brent Smith. “A mind-bending free fall into the human psyche. A visual journey through the eyes of multiple characters, scenarios, and complex situations. Buckle up and enjoy the ride!!!”

“Visualizing each song from this amazing album, Attention Attention the film is a journey through the minds of its characters,” adds Yukich. “What starts as many stories ultimately becomes one story, one message, as the paths of each character converge.”

Shinedown will continue their headlining 2021 tour on Monday, September 6t. The tour will see Shinedown travel throughout the Midwest and East Coast into the fall and headline festival such as Blue Ridge Rock Festival, Pointfest, SandJam Fest, 98RockFest, and Earthday Birthday.