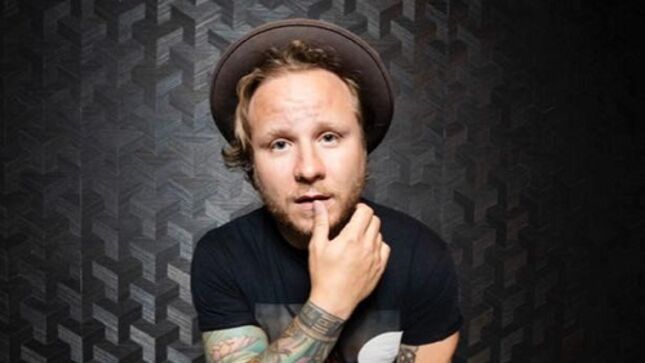 "This is an album I made 15 years ago," begins guitarist Zach Myers. "And after I joined Shinedown 15 years ago, I just never got around to putting it out. But for some reason, in those 15 years, a month didn’t go by where someone didn’t ask me when it was coming out... well... here’s an album I made when I was 23 years old."

Get your copy now at this location.

"I started The Fairwell in 2001 after we broke up The Zach Myers Band, due to record label issues and a myriad of other things.

We had a made a few EPs / Demos, and by 2006, we had gone through the last lineup change that pretty much solidified Chris Allen and I were really the only two main members of the band, along with live members Zack Smith and Zach Kirk (a lot of Zachs).

I had been writing a ton between 2001 and 2006. I joined Shinedown around 2004 / 2005 as a touring guitar player with the original lineup... after a few long tours Brent (Smith, vocalist) and I talked one night and decided in 2006 that we should part ways.

The truth is. Neither of us wanted to not be playing together. But for the health of the original band, which was already massively on the decline sanity wise, we decided it was for the best.

At this time I called my friend Skidd Mills and decided Chris and I would go into 747 Studios and make The Fairwell album. We spent every day for months in the studio with Skidd. And really became a team in there... all these songs I had written about... love (being an emo), loss, relationships (good and bad), break ups... losing my cousin Justin to suicide... all of these things were in these songs. We finished and loved it... and planned on releasing it in 2007.

After only about three months separated from Shinedown... Brent and I talked on the phone one night and he asked if I’d come play with SD again, most likely on a permanent level... I was actually a bit hesitant to go back to do just past drama... and I was honestly considering taking an audition for Taking Back Sunday.

I ended up going to what felt like home... and all these years later Shinedown still feels like home But 2020 made me reflective on this record I made with Chris and Skidd 14 years ago.
And I realized as much as I’ve grown as a writer and a singer (I’m not much of either on this album)... I don’t think a month went by in those 14 years where someone didn’t ask me if I’d ever release it.

Well... without telling anyone... (including the band members), it comes out January 8th. It’s called Schizophrenic Love Songs because that’s what it sounds like. It’s been named that since 2006. These are songs I wrote when I was very young. And I was angry... I didn’t have the life I had now. But I still look back on them fondly.