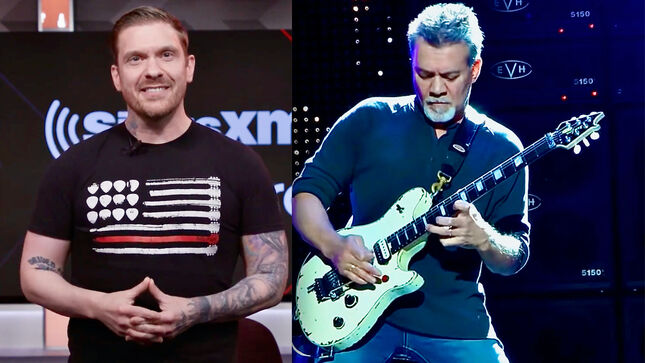 In the video below from SiriusXM, Brent Smith from Shinedown plays "A Moment When" and recalls when he first met Eddie Van Halen, the strangest fan gift he's received, performing at a venue when the power went out, forgetting the lyrics to "Simple Man" on tour, and much more.

Shinedown Radio delves into the band’s 20-year music career, providing insight behind their greatest hits as well as their new album. The channel also spotlights other artists that the band has toured with including Halestorm, Highly Suspect and Jelly Roll, as well as artists who influenced Shinedown including Soundgarden, Iron Maiden, Prince and more.