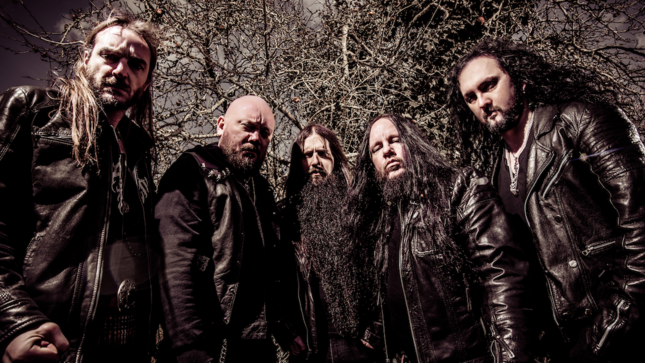 DragonForce´s Fred Leclercq and Joey Jordison of Vimic (former drummer and co-founding member of Slipknot), who just released the brand new and critically acclaimed album, Repulsion For Humanity, by all-star death metal band Sinsaenum on August 10th, are about to kick off for an extensive European tour this September. Starting on September 28th with shows in France, continuing their run all over Germany, Poland, Italy, Scandinavia, BeNeLux and many more European hot spots with a final show in Helsinki a month later, the band will be joined by very special guests, Hatesphere

The complete tour schedule is as follows:

Sinsaenum recently released a lyric video for "I Stand Alone", a track from their new studio album Repulsion For Humanity, out now via earMUSIC. Watch the clip below, and order the album here.