SKOLD Cheats Death In New Video “Don’t Pray For Me” 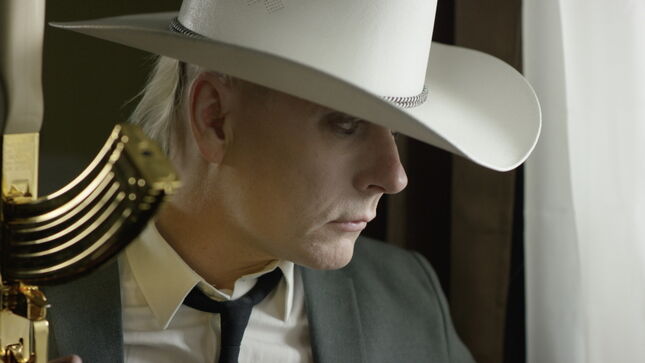 Throughout his professional music career, there have been many times when the establishment fought against the Swedish producer/guitarist/songwriter Tim Skold. From the premature end of his first band, Shotgun Messiah, to his stolen second solo album, which was finally commercially released for the first time last month as Dead God, Skold got the best revenge by simply staying the course and out-fighting the haters, continuously making and releasing new music. This perseverant and determined side of Skold comes into focus in the brand-new video for the leadoff track from Dead God, the sneering and audacious “Don’t Pray For Me.”

Working in collaboration once again with Industrialism Films, the same team who brought you the videos for Skold’s “Dirty Horizon” and “Small World” videos, Skold and Industrialism have crafted a music video of filmic vignettes showing the artist staring down a multitude of deaths: drug overdose, bathtub electrocution, drunken game of Russian Roulette (featuring a cameo from 3TEETH frontman Alexis Mincolla), military ordinance, and even self-mutilation via seppuku. Through it all Skold keeps coming back for more, and coming back stronger, all the while proclaiming his fierce independence and self-reliance.

And if this wasn’t enough, Skold is continuously resurrecting himself for even more “comebacks.” He’s currently on tour with industrial godfathers Front Line Assembly for their Mechanical Soul Tour 2022 and is once again teaming with Marilyn Manson on new music, and even contributed to the new Ye album Donda 2. Preorder Dead God cleorecs.com.