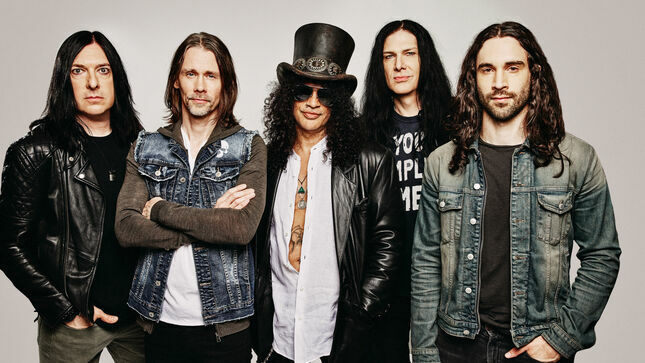 Slash Featuring Myles Kennedy & The Conspirators have released the new song "Call Off The Dogs". Check it out below.

The song is taken from their next album, entitled 4. It will be released on February 11th, 2022 via Gibson Records / BMG.