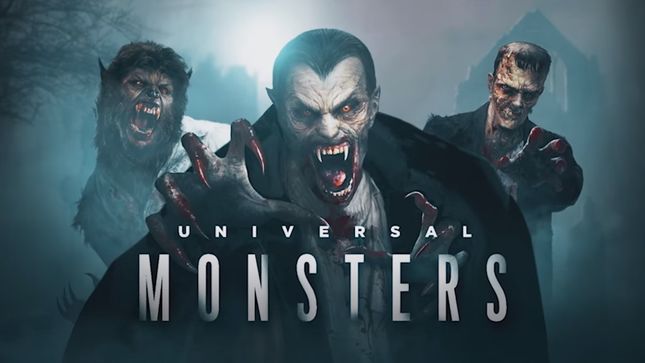 Slash has teamed up with Universal Studios Hollywood for an all-new Halloween Horror Nights attraction based on the original Universal Monsters reports the Los Angeles Daily News.

“As a fan of horror movies and of Halloween Horror Nights, I jumped at the chance to once again collaborate with Universal Studios Hollywood to produce what might be interpreted as a soundtrack for the maze,” Slash said via a press release. “Similar to the way music affects a film, I wanted to compose a score for the legions of infamous characters featured in the maze to elicit a greater sense of terror for the guests. In the end, the goal is to ultimately make the guests feel as if they are playing an integral role in a classic monster movie.”

Slash’s soundtrack will accompany the haunted attraction set to the scares from horror icons like The Wolf Man, Dracula, Frankenstein’s Monster, and more. Slash first collaborated with Universal’s Halloween Horror Nights in 2014, creating a score for a 3D clown maze.

Slash Featuring Myles Kennedy And The Conspirators will release their new album Living The Dream on September 21st via Slash's own label Snakepit Records, in partnership with Roadrunner Records. In the short video below, Slash chats about the album with Eddie Trunk on SiriusXM:

In another clip, Slash talks about touring with The Conspirators again later this year:

The band has also unveiled the album cover art and tracklisting for Living The Dream. The artwork was created by renowned visual artist Ron English.