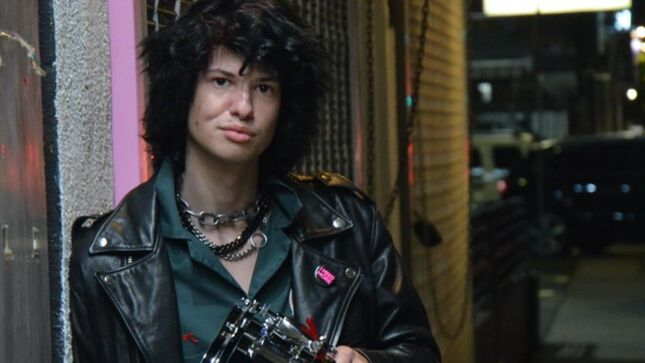 During an interview with Consequence Of Sound, the 18 year-old son of Guns N' Roses guitarist Slash, London Hudson revealed why he chose to play drums over guitar.

Hudson: "I do play a little guitar but drums is my main passion, it really called me just because I didn’t want to fucking live in my dad’s shadow. I don’t think I can get better than him if I played guitar. I’m not trying to. I’m just trying to do my own thing, have fun, and hopefully people gel with what I do. No one’s gonna take our parents’ places. That’s not my battle; I don’t want that. I've got too many other people to take over. What they did is fucking awesome, it’s gonna be there forever, but so will we. We’re just trying to do something for the new generation, inspire what happened in the ‘80s and ‘90s with those bands with a new generation of kids."

"We are proud to welcome london hvdson to the ASBA family! You would have recently heard his talent in the killer band Suspect 208. London has been playing for the past 11 years and has four years of performing and recording. He is an accomplished drummer with a s**tload of skills in various genres and styles.He will be playing on the ASBA Rive Gauche kit Back in Black finish, with a Steel Loving You Strong metal snare. Get ready to have your ears blown out!"

"Long Awaited", the debut single from Los Angeles rockers Suspect208 is now available via all platforms including Soundcloud, Apple Music, Spotify, etc. You can listen to the song below.