SLAYER Guitarist KERRY KING - "A Lot Of People Think The Chains Are Fake; I Keep Threatening To Bring The Nails Back" 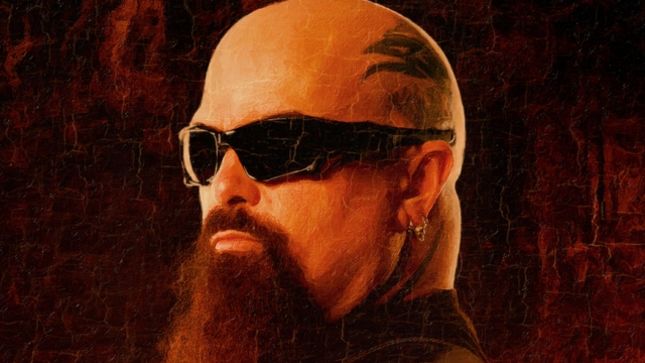 Kerry King from Slayer returns to Talk Is Jericho - hosted by Fozzy frontman  Chris Jericho - talking about playing musical festivals in Europe, how he warms up before each gig, and his favorite Slayer songs to play live. Plus, hear about the chains and kneepad he wears onstage, what's up with the new Slayer album, and why Kerry doesn't believe there will ever be another Big 4 gig with Metallica, Slayer, Anthrax, and Megadeth.

Check out the hour-long interview here.

Slayer recently thanked all their fans who were a part of the Repentless North American tour with Lamb Of God and Behemoth with this appreciation video: