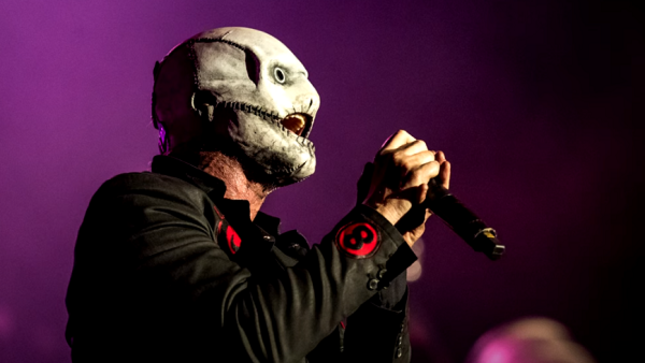 Taylor: "It's pretty much done. I'd say probably 80%. We are finishing up some music, I've got a couple more songs to sing. However, I will say this: don't be surprised if in the next month or so you hear something new. More of a 'Let's bludgeon everybody and remind them why we're still Slipknot...' kind of vibe.

This will be the release before we actually get to the single. This is a little teaser to give people a taste, kind of like with what we did with 'All Out Life,' but in a way that we didn't put 'All Out Life' on the album, this will actually be on the album, and I'm pretty stoked. It's going to remind people why they love Slipknot."

On October 5th, Slipknot performed at St. Joseph's Health Amphitheater in Syracuse, New York. Fan-filmed video of the entire show is available below.