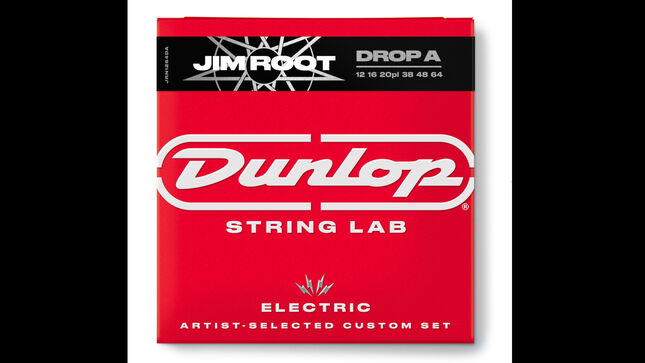 Gear Gods is reporting that Slipknot guitarist, Jim Root, has teamed up with Dunlop to release signature downtune-friendly strings.

From Dunlop: When you're dishing out blast-beat-driven grooves and extra twisted melodies from downtuned depths like Jim Root, you need a set of strings that will stand up to your onslaught while staying in tune. He came to the Dunlop String Lab to design just such a set. Jim handpicked each gauge and core size to ensure peak performance, from feel and response to tuning stability.

"These strings give me what I need to get my sound, and they're comfortable to play no matter what I throw at them," Jim says‚ "They keep their high-end clarity for a long time, and they're really consistent from one pack to the next—they never break on me."