SLIPKNOT Part Ways With Percussionist CHRIS FEHN - "Chris Knows Why He Is No Longer A Part Of Slipknot," Says Band 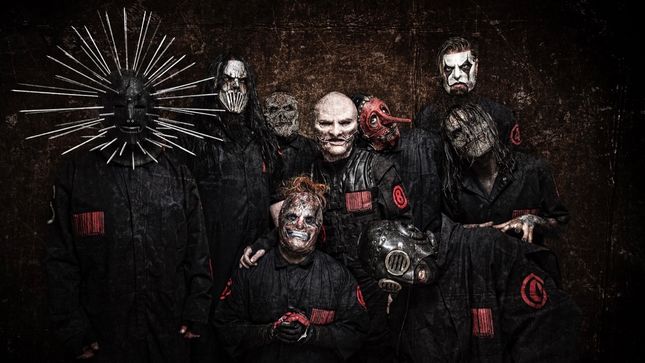 Last week, The Blast reported that Fehn, who has been performing with Slipknot since 1998, and is known for wearing a Pinocchio-style mask, believes he may have been drummed out of payment for his years of touring, so he’s taking his bandmates to court. He claims to have always been told that the money from merchandise and touring is funnelled through one sole company that splits profits and pays the members of the band. However, Fehn claims he recently discovered that his bandmates have set up several other Slipknot affiliated business entities in different states that appear to be collecting money from the band.

Fehn says he was unaware of the separate companies, and claims to have never received a dime from them. He’s specifically calling out band leaders Shawn Crahan and Corey Taylor of the shady business dealings. Fehn wants a full forensic accounting done on Slipknot’s companies and assets, and to collect the damages and profits he believes he’s owed.

Slipknot's official website has since been updated with the following statement: "Slipknot’s focus is on making album #6, and our upcoming shows around the world, our best ever. Chris knows why he is no longer a part of Slipknot. We are disappointed that he chose to point fingers and manufacture claims, rather than doing what was necessary to continue to be a part of Slipknot. We would have preferred he not take the path that he has, but evolution in all things is a necessary part of this life. Long Live The Knot."

Slipknot recently announced their live return, unveiling details of their massive Knotfest Roadshow headline tour set to traverse across North America this summer. Volbeat, Gojira, and Behemoth will join as special guests on all dates. Produced by Live Nation, the 29-city outing will kick off July 26th in Mountain View, CA at Shoreline Amphitheater and continue through September 8th where it will conclude with a performance at Cynthia Woods Mitchell Pavilion in The Woodlands, TX (see itinerary below). A video trailer can be viewed below.

Slipknot have also revealed that they will release their long awaited new studio album on August 9th. Each pair of tickets purchased online for Slipknot's 2019 tour comes with a digital copy of their upcoming new album, scheduled for release August 9th. Further instructions will be available upon purchase with additional album details to be revealed in the coming weeks. For more information visit slipknot1.com. Tickets for Slipknot’s summer tour are on sale now at LiveNation.com.

Slipknot shocked fans around the globe last year with the release of a brand new track, “All Out Life”. Reaction to the unrelenting track was staggering, with the official music video - directed by the band’s own M. Shawn Crahan – trending Top Ten of all videos worldwide on YouTube in its first day on the band’s official YouTube channel.  In the four months since release, “All Out Life” has already racked up over 30 million streams worldwide across digital service providers and 30 million YouTube views. “All Out Life” is available now at all digital service providers. 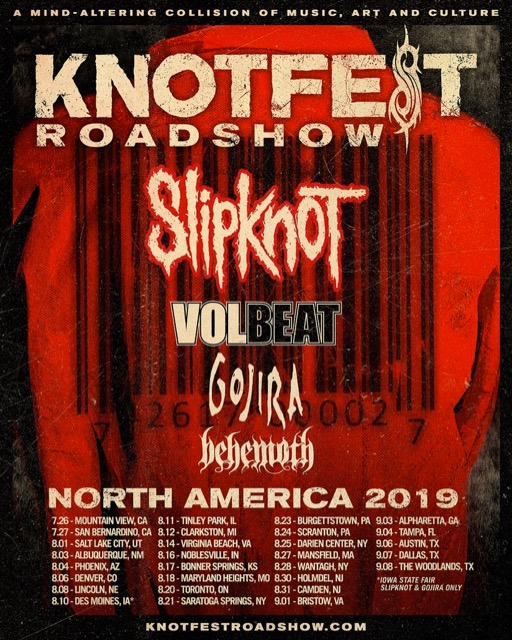